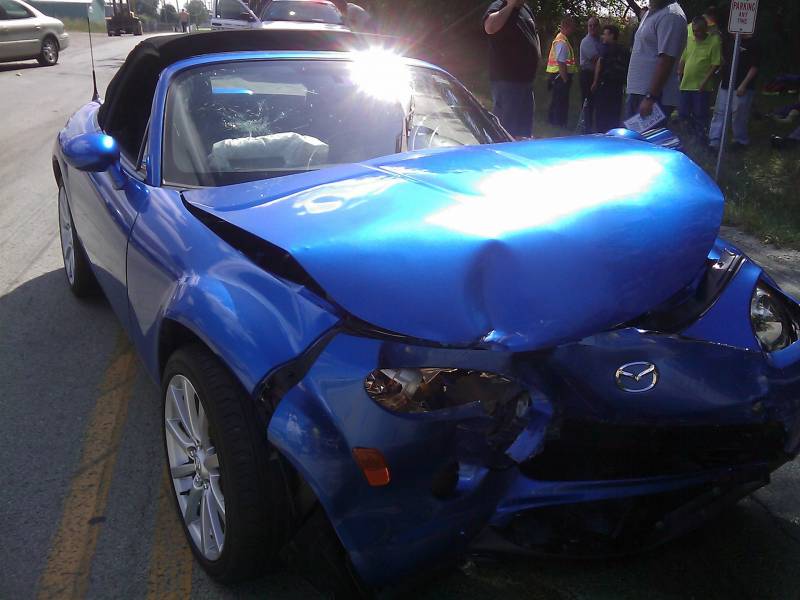 An auto accident is a major cause of car damage leading to repairs and part replacements. Depending on the site of impact, accidents can affect the body, door, hood, boot, windscreen, and several other parts. In many of these incidents, the hood may fail to close all the way.

Taking a hit to the anterior or the side of your car can lead to a loss of alignment in one or several places. With the increasing force of the collision, the hood may be affected to the extent of bending.

The hood may completely defy latching, or it partially closes due to the secondary hook. In either case, it can pose a severe challenge if not fixed.

Here are the main reasons your car hood won’t close after an accident and simple ways to fix them.

The most apparent effect of car accidents is the denting of the body. The hood or any other parts around the front can bend due to collision with other vehicles or stationary objects.

These bends may cause a misalignment that will stop the hood from closing. A bent hood will not close since the hood latch mechanism will not be in proper alignment.

A direct blow to the areas around the latch can cause a worse mismatch making the closing impossible.

This is generally dependent on the degree of misalignment. In a case of a slight mismatch, you may be able to easily straighten the light bend to make the hood close again.

Where the bend is deeper, you will have to go for bodywork. You will need to visit a collision shop for the proper fixing of the parts. Tying the hood temporarily to get the car to the collision shop is not a bad idea.

Generally, the hood latch system can become faulty over time due to wear and tear. In the case of an accident, the latch can suffer from blunt force. This can lead to a similar situation of misalignment but in a different way from a bent bonnet.

The latch can shift, causing the hook to lose grip of the latch striker. The hit can also result in the release latch not returning to the closing position.

This makes the hood hard to close as the striker is hindered from getting into position. The hinges may also be loose from the accident impact.

A lithium-based lubricant can work the magic for fixing this problem. The grease is applied on and around the latch. Allow it to stay for a few minutes, then pull handle should be drawn to allow the latch return to the original position. Also, tighten the hinges to put the latch in the proper position.

The hood should close properly after this procedure. If the latch fails to return to the position for the hood to close, a replacement of the latch may be the saving option.

There is a release cable that connects the latch to the pull handle that is usually under the dashboard of your car. This cable can also suffer some force during an accident.

The cable can be disconnected from the latch due to the accident. In difficult situations, it may suffer mechanical damage due to a secondary impact. Another part to check is the spring that is directly connecting the cable to the latch. The spring may be stretched out or out of place.

If the cable is disconnected from the latch, simply fix it by threading it back to the latch. Lubricating the cable and the spring keeps in good condition. The cable may need a replacement if it has become old and worn out.

The latch striker is rarely the source of concern when the hood fails to close due to an accident. Since it is attached to the hood, any fault to the hood affects its alignment with the latch.

The nuts holding the striker to the hood body for those that have them exposed can also be loosened, aiding the misalignment.

Check for any loosened nut around the latch striker support and tighten it. If the problem is from the dent to the hood itself, then seek to straighten it. Adding some lubricating grease to the striker can aid it to sit well in the latch.

This does not sound like something that can result from an accident? Yes, it may not be a problem if you always keep the upper part of your hood clean.

The collision force can cause dust and dirt to deposit in the engine part, with some landing in the latch. Excess dust and dirt around the spring can burden the pivot point. This can consequently cause the hood not to close properly.

Use a brush to remove the dust and dirt that must have accustomed the latch. Then apply lubricating oil and grease to ease the latch parts to move adequately.

An accident can hasten the coming to the fore of faults. The hood problem may not primarily be due to the accident alone, but also some maintenance neglected over time.

This is why frequent lubrication and checking of the latch, the release cable, and the release handle is necessary.

Maintenance, they say, is far cheaper than a repair, but accidents can be unprecedented. This is why you must arm yourself with the necessary information like this. It is also good to get familiar with your car before the day of trouble.

Having lubricants handy is vital in fixing a hood that won’t close in most cases. But don’t leave out the place of experts after the emergency is over.