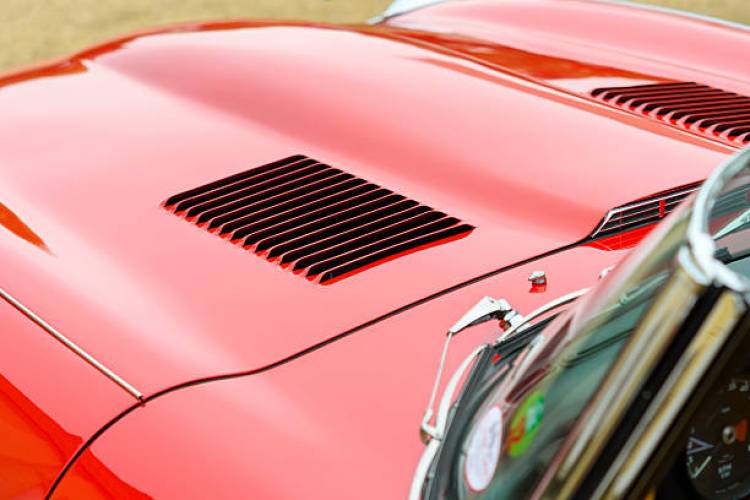 For many car lovers, hood vents have been gaining attention because they give the car a cool and appealing look.

The main goal of hood vents is to cool down the engine and to some degree reduce radiator workload.

In this post, we will address the most frequently asked question about hood vents on the Internet and list the issue along with their best DIV and alternative solutions faced by people around the world.

So stay with us and let us read this fascinating article together and learn how to protect our cars against rain and car wash while we have hood vents.

How Do Hood Vents Work?

In some situations, ventilators at the top of your hood are quite useful and more favored than Hood Scoops.

The reason behind this is when the air enters through the front of the car and reaches the radiator. It forces the air through itself.

Without any ventilation at the rim, the air will find a twisted path to the bottom, which increases the radiator’s workload and makes it less effective in the process of cooling.

Now, if you increase the total area and add vents on your hood, your radiator will perform better in cooling down the engine bay because it has more airflow outlet.

You might find a vent in streetcars below your engine, but this scenario does not exist in racecars, and you only have one way out of this, i.e., Hood Vent.

Instead of using only the vents, however, you can add an utterly ducted radiator at the inlet angle, which can improve your racecar’s output and keep your inside clean by not letting the dirty air come in.

After understanding the functioning of hood vents and why they are useful in some cases, let’s move on to the most frequently requested question on the Internet.

That is – Car Hood Vents and Rain; how can we prevent water from entering the engine bay through hood vents?

Hood vents come in various varieties and styles, but they all have the same issue, i.e., water.

There are also various ways and DIY techniques developed by enthusiasts to shield their engines from rainwater or carwash, which we will explore later.

Besides, with modern technology advancement, engineers have also built hood vents with mechanisms that prevent water from reaching the engine bay.

Many people with hood vents explain the problems they faced when driving in the rain or while moving into a carwash, along with their suggestions likewise.

Some people say rain does not affect the engine, as it is unlikely for rainwater to reach the engine bay on a moving car with hood vents.

The explanation is that the area near the engine is too hot that it will inevitably evaporate to a degree when a drop of water touches the hood’s surface.

However, this issue is also resolved in some of the new designs. There are numerous different hood vents available in the market that have a shield or form of “umbrella” design that only allows in and out airflow.

Now, if we are talking about a stopped car in the rain or a carwash, there is a chance that water could reach the engine bay. So, I am going to list some of the best ways to prevent that from happening in the next section of this article.

As I mentioned earlier, Hood vents can improve performance in several ways and help you cool down the engine. However, our main concern is whether having a hood vent damages the engine or the car’s interior in any way?

Well, according to my knowledge, the area where I live right now, plus my research on this subject… I do not think the hood vents hurt the engine in the event of rainfall.

Even if you drive under heavy rainfall all day, when you open the hood to look inside, there will be no or only a few water puddles underneath the vents.

However, we must always keep the risks in mind and find solutions and emergency exits in the event of any crises.

Therefore, I have figured out different ways you can safely cover the inside of the car without damaging the hood or the vents…

Following are the ways you can follow to achieve proper protection during rain or carwash:

Note: You don’t have to cover the vents completely; just the front corner of the vents where you suspect the water can get in and damages any gear.

The main goal of hood vents is to help with heat and give your car a look, but there are two types of hood vents, i.e., functional and non-functional vents.

As the name suggests, functional vents are the vents that perform their duty perfectly under certain conditions. In contrast, non-functional vents have fiberglass on top, which use only for decorative purposes.

Therefore, if you install a working hood vent on a road car (streetcar), it will help to cool down some of that hot engine. This is achieved by releasing the air produced inside the compartment.

Thus, expanding the compartment area will have more effect than using hood vents in road cars for cooling purposes. There is yet another sort of hood vents going over to wheel fenders.

In a way, these vents are useful too; because when a wheel rotates, a high-pressure builds up in front of it, stressing the wheel and requiring more force to move the vehicle.

Therefore, here you must release the pressure and increase the downforce.

What we are doing for this situation is adding a hood vent on top and attaching it to the wheel well. This will provide a way for the high-pressure region to flow through the vents.

Having hood vents is generally useful if you are looking to improve the power and performance of your engine.

Indeed, there are two sides to every picture (positive and negative). Hood vents, therefore, have their respective advantages and disadvantages, making them not so convenient for many vehicles.

Some hood vents work perfectly under certain conditions and in specific areas, while others do not work as per the structure of the vent.

Moreover, it depends on where you buy it because well-customized hood vents from top-notch manufacturers work a lot better than normal ones.

However, you can purchase aftermarket hood vents by staying under a fixed budget, which will work fine, too.

Finally, after exploring the Internet for the whole weekend, I conclude why we should take the headache for these gears if our sole purpose is heat.

Why can’t we use something like a Turbo Blanket, which absorbs the heat?