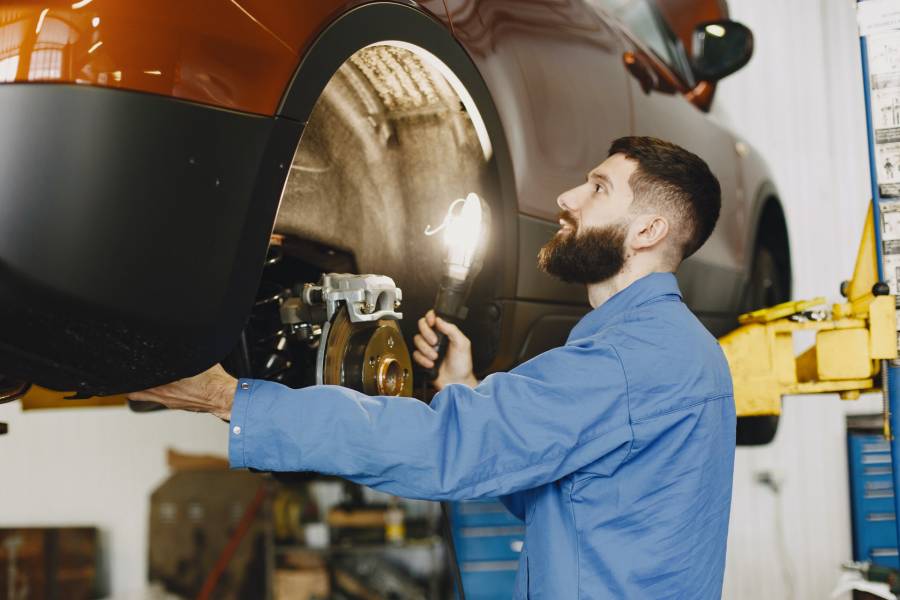 If you are planning to bleed the clutch system, there are certain things that you should know.

Clutch slippage of hydraulic slave cylinders is one of the most common problems you may encounter during the bleeding process.

You must also know that it is possible to bleed the clutch system of any air and still have no pressure.

All clutch systems have a bleeder screw that allows air to be removed from the hydraulic fluid lines. The fluid lines extend from the master to the slave cylinder.

If you bleed the system and remove your foot from the pedal, it will allow air to re-enter the lines. Once air gets into these lines, you will need to bleed them again.

If your foot is not on the pedal and there is no pressure, then it means that there are no leaks.

So, this could mean there are other reasons behind the zero pressure in your clutch system. Read ahead for the possible causes and solutions.

Early Warning Signs Of No Pressure In Clutch After Bleeding

Everyone knows that the clutch is a significant part of the gearbox. In its use, there will inevitably be wear and tear.

It may cause its performance to decrease or even lead to damage. So what are the early symptoms of no pressure in the clutch?

The braking time is too short when the clutch is applied, and the vehicle cannot stop smoothly at low speed.

This phenomenon may be caused by insufficient lubrication or poor contact between the brake disc and the pad.

The Amount Of Slip Is Too Large During Driving

Whether starting or shifting gears, it’s essential to pay attention to how much slipping your clutch has during driving.

There may be some problems with your clutch if you need a lot of slipping when starting or shifting gears.

This situation can also occur when you find that your car shakes while driving.

Under normal circumstances, when driving and shifting gears, there will be no unusual noises coming from our cars.

Causes And Solutions Of No Pressure In Clutch After Bleeding

Trying to bleed the air out of your clutch system can seem like an impossible job. There are many sources of trapped air in this system.

It can be a very frustrating problem if you’ve found that there’s no pressure on the clutch pedal after bleeding.

There are a couple of possible issues here:

The clutch slave cylinder is connected to your clutch system. So, when you press the clutch pedal, it forces the pistons to separate the clutch disc from the engine flywheel.

The weak slave cylinder projects some leak in this tube or elsewhere, reducing the overall pressure considerably. It means air can enter the system.

If there is any air in the cylinder, some of the pressure forces out air bubbles. It is wrong, and the pressure should be moving the piston when you press on the pedal.

So you lose hydraulic pressure and thus cannot disengage the clutch.

It would help if you replaced your slave cylinder and all flexible bits that are part of this system. If they’re old and worn, they may be “sucking in” air.

Also, wipe clean everything accessible with a cloth so it does not suck in any dirt. The dirt can block passages anywhere in this system. 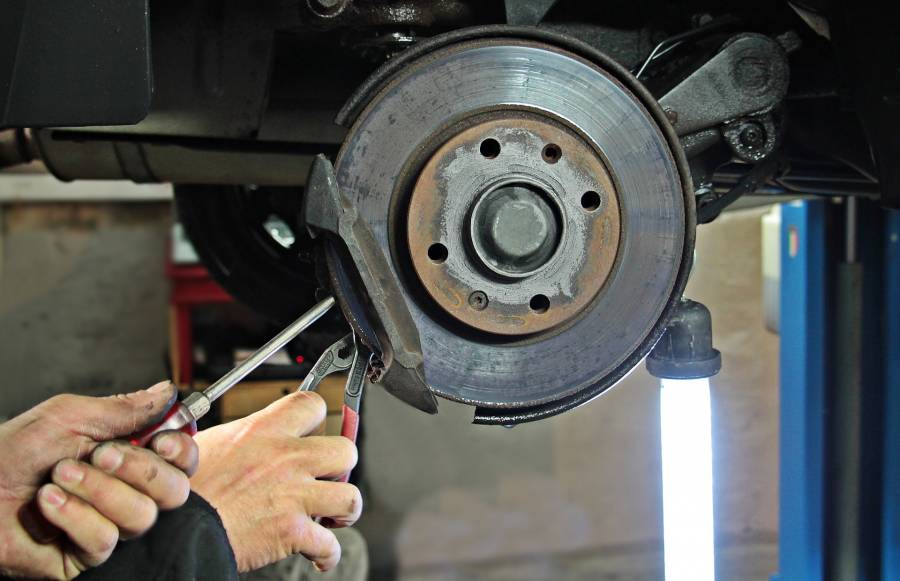 It may have happened when replacing parts or hoses or cables.

If you don’t have a helper to do the bleeding, air will get trapped.

There are many ways to bleed a clutch. One way is to pressurize the reservoir with a syringe and open the bleeder valve.

The valve should be open until all the fluid comes out. Using this method, you can tell if you are getting air by watching for bubbles in the outflowing fluid.

When you think you’ve gotten all of the air out, close the bleeder valve; top off the reservoir. It would help pump up your clutch pedal until it feels firm (vital).

If everything is fine, then your clutch should work great. Some people fail this last step of pumping up their pedal, leaving them with a system full of air.

As a result, air finds its way into the cylinder described above.

It is also possible to bleed a clutch by yourself with a bleeder ball (or something similar).

But, it is best to have someone help so that it takes less time and effort for both of you.

When you push down on the clutch pedal, the bearing pushes on a plate separating the engine from the transmission.

If your bearings are worn out or broken, they will not be able to push down on the plate. It means you’ll get no pressure in the clutch even after bleeding.

The other primary reason for no pressure in the clutch after bleeding is a bent bearing race on the pressure plate.

When servicing the clutch, this bearing race can bend when removing or installing the pressure plate.

A bent bearing race will not allow any pressure to build up in the hydraulic system after bleeding.

To fix a bad clutch fork or bearing problem, you need to replace your bearings or fork. It will depend on the one that’s broken.

The best way to tell if your bearings are bad is by listening to unusual noises from under the hood when driving.

If there’s any shaking or shuddering at certain speeds, that could indicate that something isn’t working correctly.

A leaking master cylinder is the possible cause of your problem with no pressure. Some master cylinders have a small reservoir that holds only 1/2 to 3/4 of a cup of fluid.

If the reservoir is low on fluid, the clutch pedal will stay down and not return up.

If this is your problem, then fill the reservoir with brake fluid. It would help if you pumped the clutch pedal until it returned to its usual high position.

It may take several applications of brake fluid.

If you’re the proud owner of a manual transmission, the clutch is essential. It is what dictates whether or not your car moves forward.

On top of that, if you have a faulty clutch, then you cannot drive your car at all. On the other hand, you can take steps to avoid bleeding your clutch system in the future.

Be sure to follow the steps outlined above as closely as possible.