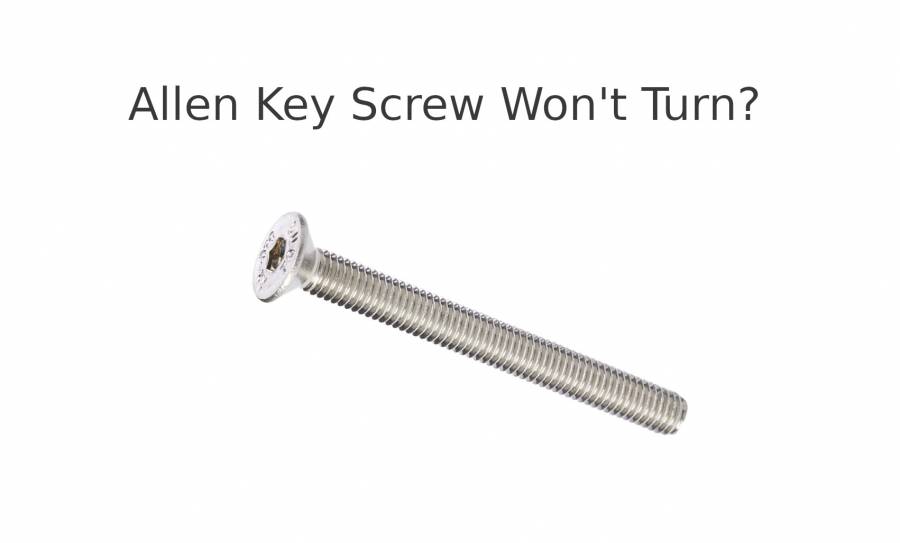 The Allen key screw won’t turn if it’s rusted or you’re using the wrong wrench. To remove the screw, clean the rust and use an Allen key to pull it out.

Technicians and motorcyclists are familiar with Allen key screws. They’re screws or bolts with hexagonal sockets standard in motorcycles, bikes, and furniture.

If your Allen key screw won’t turn, it’s stuck and will require extra effort to loosen. This article outlines the causes and simple solutions to stuck Allen screws.

Common reasons Allen key screws may not turn could be rust or dirt. If the screw is rusted, it becomes hard to remove from the furniture or motorcycle.

Another reason the Allen key screw won’t turn is if you use the wrong wrench. These screws have hexagonal shapes; if the wrench doesn’t fit, it won’t turn.

If the Allen screws on your piece of hardware refuse to turn, it’s because of one of these reasons.

If there is debris such as rust or dirt between the Allen screw and the bolt hole on the material, the screw will not turn.

Rusted metal parts are hard to disassemble, except the rust is cleaned.

Get rid of the rust. You’ll need a nail, screwdriver, harmer, and lubricant or rust penetrant.

Use A Wire Brush

If the Allen screw head is covered with rust, you can scrub it off with a wire brush. Wear gloves before using a wire brush so you don’t harm yourself.

After cleaning off the rust from Allen key screws, try turning them again with your Allen key.

If they still don’t budge, you’ll need to apply lubrication so that they turn more easily next time you try to use them.

Use Lubricants Or Rust Penetrant

You could use WD-40® Multi-Use Product as lubricants for your stuck Allen key screws.

Penetrating oil also works, but you’d have to let these products soak into the screw and rust.

Allen screws have hexagonal shapes; if you use the wrong wrench, the screw will not turn.

Even when using Allen keys for removing Allen screws, if it’s the wrong size, it won’t turn. Some types of screws require specific keys that aren’t compatible with others.

Each one fits into a specific screw socket.

Note: Not all wrenches fit into the Allen screw. Due to their hexagonal sockets, only specific wrenches can turn them. However, there are alternatives to the Allen key if you don’t have one.

The Screw Head Is Stripped

If the Allen key screw has become worn over time due to repeated use or improper storage conditions such as high temperatures or humidity, it won’t turn when you want to tighten or lose it.

Screw holes also strip when you use too much force on them or the wrong tool for the job. 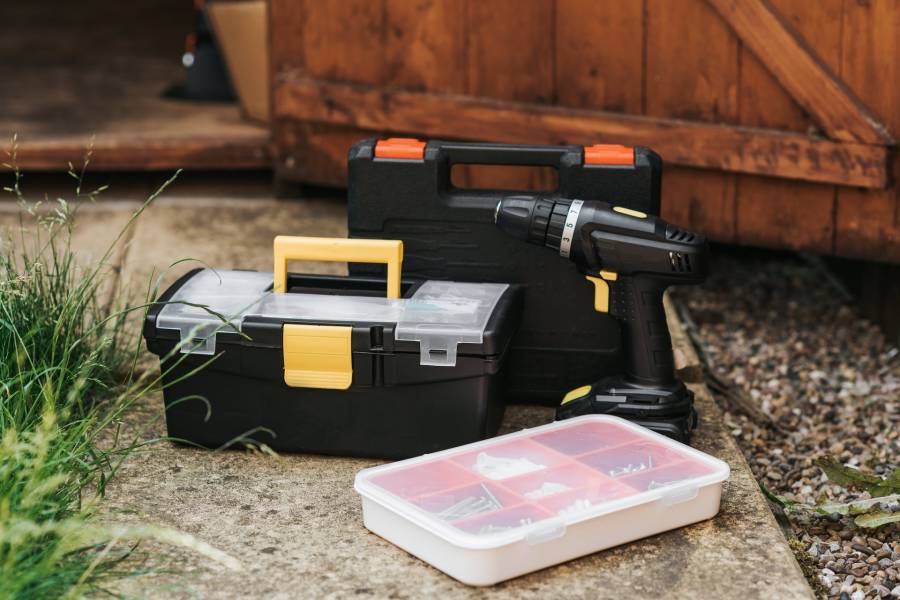 Try other tools. The Allen wrench won’t fit if the Allen screw head is damaged.

Use A Torx Wrench

The Torx wrench has six sides, too, so you may be able to turn a stripped Allen screw with it.

The hole in which the screw fits should be slightly smaller than the bit of your wrench so that it grips the head properly without slipping off.

Note: Use pliers if the Allen screw is a bit projected from the surface; otherwise, you won’t be able to pull off the screw.

Use A Center Punch

Use A Screw Extractor

A screw extractor is a unique tool that removes broken or stripped screws. Screw extractors are available in many different sizes and styles.

Their size correlates with the diameter of the bolt head or nut you’re trying to remove.

They come in two designs; you need the one with a spiral flute shape to remove the stripped Allen screw.

The Allen Screw Is Stuck In The Material

The screw doesn’t turn because it’s stuck on the wood. It is widespread with furniture.

Once the screw reaches a thick part of the wood, it stops turning.

Pull out the Allen screw and drill the pilot hole. A pilot hole is a small hole drilled into the material’s surface before a giant hole is made.

A pilot hole is typically smaller than the diameter of the Allen screw you want to install.

If you had started drilling the Allen screw and it got stuck, remove it and drill a pilot hole first.

What If Nothing Works?

Sometimes, the Allen key screw won’t turn after trying these solutions. As a final step, try drilling another hole in the material.

All you need is the right tools, including a drill bit and Allen keys.

How Do You Get An Allen Screw-Out Without An Allen Wrench?

If you want to fix your bike or furniture and you don’t have an Allen wrench to remove those stubborn Allen screws, try any of these alternatives:

The Allen key screw won’t turn if it’s rusted, and the solution is to get rid of the rust. You can achieve this with lubricants and rust penetrants.

If the screws are stripped, try removing them with other wrenches like the Torx.