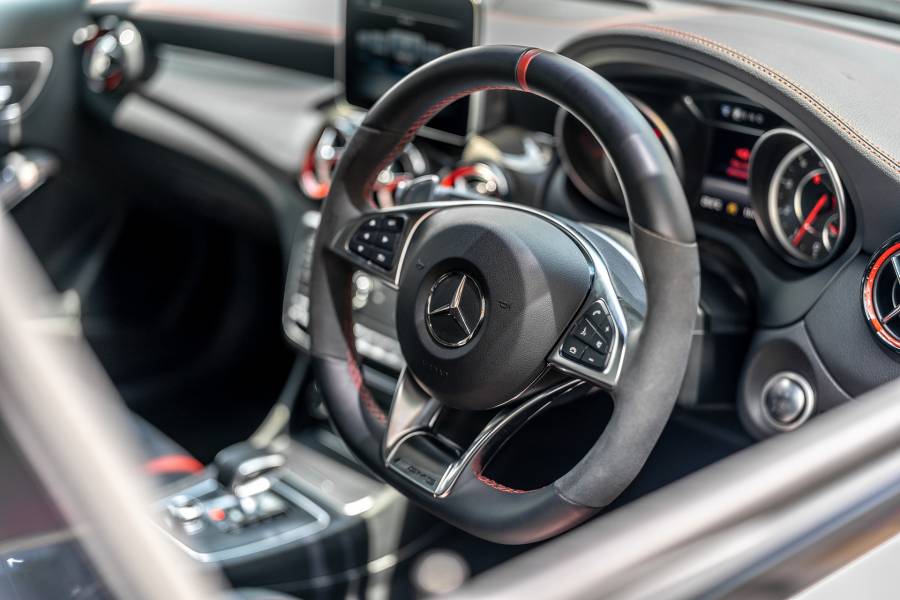 Early airbags were created as a safety measure to protect passengers who weren’t likely to be wearing seatbelts at the time.

While it was mostly successful, there were still a few fatalities because the airbag’s effectiveness was reduced when a passenger wasn’t wearing a seatbelt.

Many people have been in car accidents in the past, and there’s a chance that some of you reading this wouldn’t be alive today if it weren’t for Mercedes-Benz and other companies taking massive steps to improve passenger safety.

The SRS system monitors the operation of many components in your vehicle, including:

When the driver turns on the ignition, these systems, and other sensor data, the SRS light will turn off if all of these systems are in good working order.

When the car is running, the SRS components are also checked frequently. The SRS warning light or error message illuminates if an instrument cluster detects a malfunction.

Eight Causes Of Mercedes Not Starting Related To SRS Malfunction

Do you have any idea what’s wrong with your Mercedes car? Why does the SRS warning continue to appear?

Here’s a rundown of the most common causes with Mercedes-SRS Benz’s system.

1. The Airbag That Is Not Working Properly

Supplemental Restraint System is an acronym for SRS. If your Mercedes Benz’s warning light remains illuminated, the airbags have a problem.

While your car will continue to run with this light illuminated, you must diagnose the issue as soon as possible.

The airbag system light is the most common name for the supplemental restraint system (SRS) warning light. It is a system that is controlled by a computer.

Airbags may not deploy in low-speed collisions if the speed is below the required threshold. It is on purpose.

Unfortunately, the SRS Airbag light does not automatically reset. Even if the issue has been resolved, an Airbag scanner will be required to reset the light.

Airbags and Emergency Tensioning Devices (ETDs) are only supposed to work once. Must not reuse these systems once they have been deployed.

You cannot turn off the SRS light with a simple OBD II scanner that displays the check engine light codes. You’ll need a more advanced scan tool to reset the SRS light.

It will tell you where the issue is and allow you to reset it once the issue has been resolved.

3. Weight On The Passenger Seat

Mercedes-Benz must approve seat covers before being used. Seat covers may interfere with the proper operation of seat-mounted airbags.

A dying battery is frequently the cause of the light turning on. However, once the light is turned on, it will remain on until you manually reset it, even if you replace the battery.

You have to check if the electrical system has a low voltage. Is it a charging issue or a battery issue?

Airbags are passive safety devices, but they work with seat belts. As a result, the SRS is usually embossed wherever an airbag is installed in a vehicle. 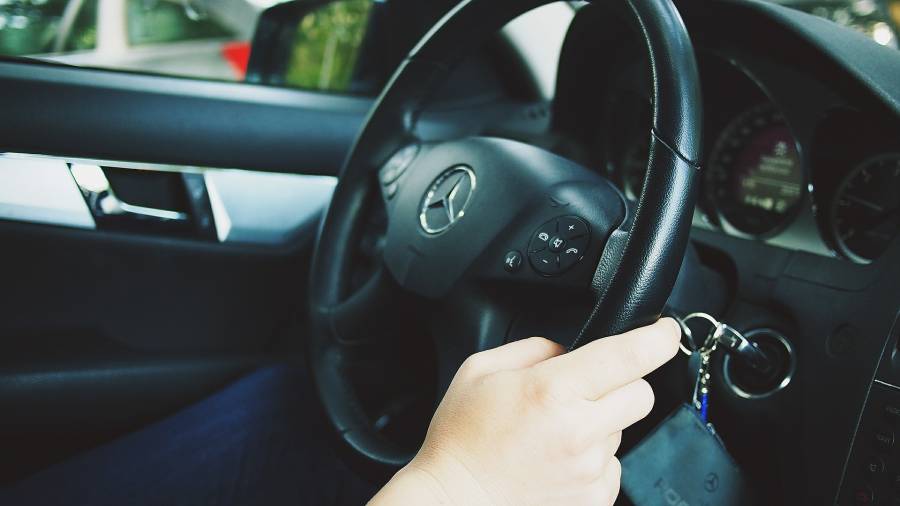 The SRS lamp indicates that the Supplemental Restraint System (SRS) is malfunctioning and will not function in the event of an accident. As a result, you won’t be able to use your seatbelts as a backup.

If the SRS light is illuminated, the system can activate the child restraint system even if it’s not needed. In an accident, it may not be triggered at all.

When you first turn the key in the ignition and start the car, the light stays on for like 5 seconds before turning off.

If the SRS light stays on all the time, you get the Restraint System Defective Visit Workshop warning, or the airbag light comes on, you’ve got a problem.

7. Spring For The Steering Wheel Clock

Clocksprings wear out over time or are damaged when removing a rack and pinion gear, gearbox, or coupling from the steering column.

The clockspring’s connection may break if the steering wheel can spin freely, resulting in an open circuit and an illuminated airbag light.

8. Wire Contacts At The Doors Have Been Damaged

When Contact at the impact sensors is defective, damaged, or loose, corrosion is discovered, the sensor and the pigtail will need to be replaced.

These FES sensors’ water intrusion is a concern, so they don’t need to be calibrated after installation. To remove the codes, scan them with the scanner.

A Solution To SRS Malfunction

The SRS light usually illuminates for 1 to 5 seconds when the vehicle starts while the system performs a self-test sequence. The system is ready when the light goes out.

If the light continues to illuminate, there is a problem with the SRS system. You or a mechanic should examine the computer system if the light does not come on.

To begin, obtain an OBD II SRS/Airbag scanner. You will spend the same amount of money at your mechanic so that he can tell you what an SRS/airbag scanner can say to you.

Except for that, you can use your scanner in your vehicle repeatedly.

It is fun to drive a Mercedes Benz. Mercedes can develop problems with or without regular car maintenance despite their high quality.

There are possible explanations for why your Mercedes won’t start when you turn the key in the ignition. It’s understandable to believe something has gone seriously wrong, but this is a fairly common occurrence.

However, no vehicle will break down if everything is working correctly. All possibilities are a blown a fuse, a dead battery, an SRS malfunction, or a bad starter.

If the starter turns over, but the car does not start, it’s primarily due to a dead battery. Something is left on for an extended period, causing the battery to drain.

A faulty or dead battery could also cause the problem. Because a few HTE parts aren’t working, the battery can run low on charge.

Use a hydrometer to check the battery’s charge. Replace the battery if it fails the test.