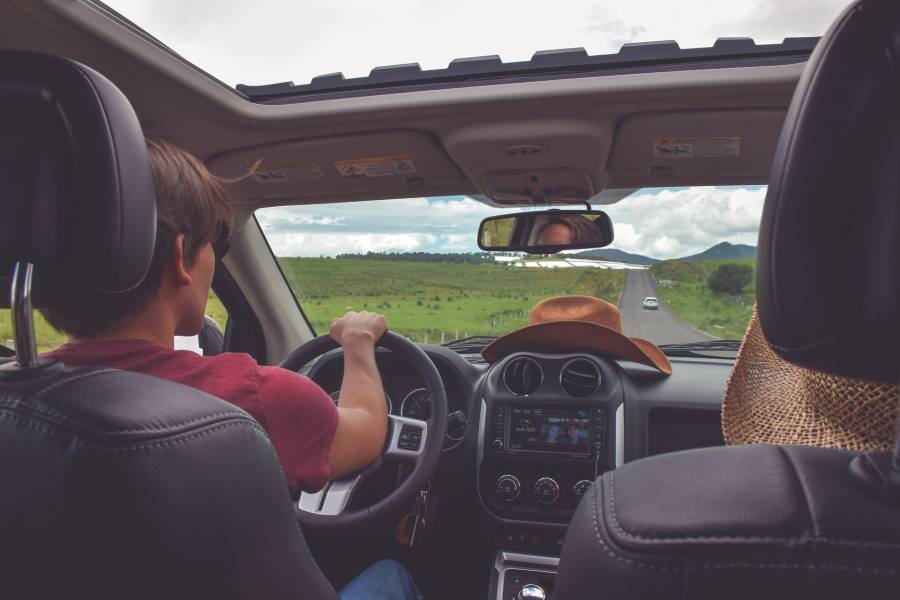 There is nothing scarier than when driving your car on a busy highway, and then all of a sudden, its front end starts shaking.

It makes you feel that you are losing control and even scares other drivers.

The worst feeling is when you are stopped by a traffic officer and asked to pay a penalty fee for driving a faulty car.

It implores you to find out what could be causing it and how to resolve it. Thankfully, in this article, we will look at what makes the front end of your car start shaking and how to go about it.

This problem can be caused by many things such as:

The Front Wheels Are Not Balanced Correctly

Wheels that are not balanced correctly can be diagnosed by observing the magnitude of vibration as the speed changes.

If your car’s front end is only shaking when driving at high speed, you probably have an issue with poorly balanced wheels.

The wheels can start shaking due to wheel weights that have disconnected from the wheels. Many things can cause them to do so.

For instance, hitting a speed bump at high speed can break the weights.

So, if this is responsible for your car’s front-end vibrations, all you have to do is rebalance the wheels to resolve it.

Is your car’s front end shaking when you apply brakes? If so, you have faulty brakes.

Your car’s brakes can get damaged due to many factors. For example, the front brakes can wear out over time.

Also, the brakes components can get damaged due to rust. When brakes malfunction, your car won’t come to a stop smoothly.

If your car’s front end is shaking due to faulty brakes, you could have a damaged rotor or caliper.

You will have to diagnose, repair, or replace them since it is unsafe to drive with faulty brakes.

The moisture in the braking system will make the brakes slide instead of providing a firm grip when you apply them.

When the brakes slide, your car will shake instead of stopping instantly and smoothly. Therefore, if the shaking disappears after a while, it is due to moisture.

Luckily, in this case, you don’t have to do anything since the moisture always disappears on its own as the car warms up.

The function of wheel ball bearings is to reduce friction when the wheels turn. Therefore, if they are worn, there will be a lot of friction in the wheels.

This friction is what causes shaking in the front end of the car. Like when the wheels are not balanced correctly, this issue also makes the car shake heavily as the speed goes up.

The only difference is that, in this case, the shaking is accompanied by a yelping sound.

To rectify the problem, you will have to replace the ball bearings.

It is important to note that it might be challenging, especially when you don’t know how to remove the axle nut. Therefore, you might want to hire a professional in such a situation.

A Problem With The Engine’s Filters Or Spark Plugs

An issue can also cause the front-end shaking on your car with the engine’s components such as the air filter, the fuel filter, and the spark plugs.

This shaking typically occurs after you have driven your car for a while. Also, it can be accompanied by a rumbling sound when you drive at a certain speed.

Therefore, you will have to check the air filters, the fuel filters, and the spark plugs to find out what is making the engine perform poorly.

Once you identify the malfunctioning part, you should fix or replace it to restore the engine to normalcy. 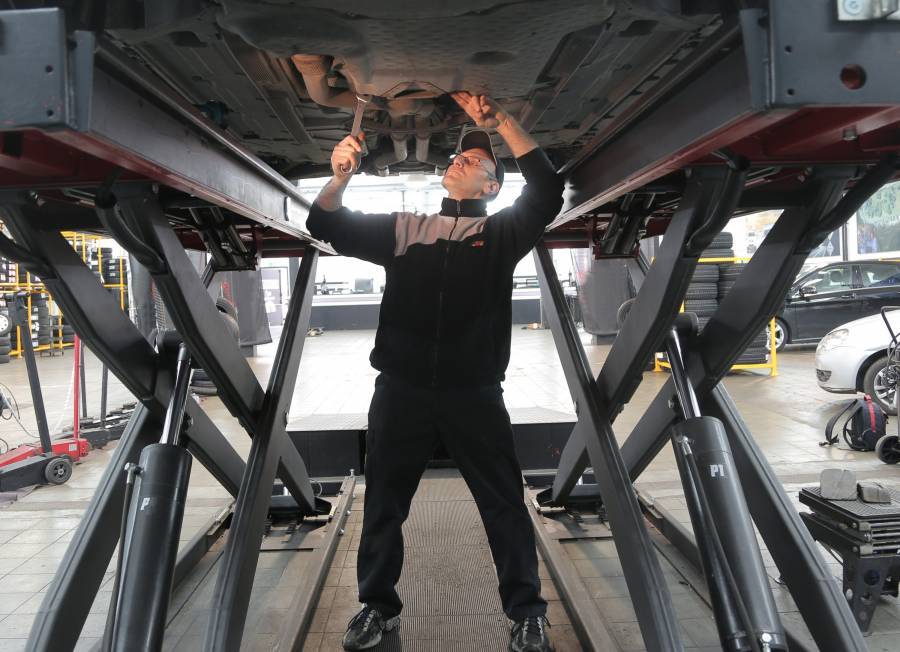 The front axles are responsible for rotating the front wheels in your car. Therefore, they should be in good condition at all times.

When they are bent, the front end of your car will shake since the wheels will move sideways.

To differentiate a bent axle from other things that make the front end of your car shake, try to feel how the car shakes.

If the front end shakes in such a way that makes you feel as if you are driving over many small speed bumps, you have a bent axle due to accidents, maintenance faults, or even manufacturing weaknesses.

But unlike other components that can be repaired, a bent axle cannot be repaired since it will either break or become weak. Therefore, you should replace it to fix the problem.

Does your car’s front end shake when accelerating at low speed? Well, it is due to a tire belt that is damaged or misplaced.

When the tire belts are in the wrong position or damaged, they make the tires swell, thus causing bumps on the road.

Consequently, the car’s front end will be shaking every time the wheels rotate. So, to fix the shaking problem, you will have to position the tire belts correctly.

But if they are damaged, the only way to fix the issue is by replacing the tires.

These parts are responsible for absorbing shocks and providing a smooth ride on the road.

For instance, if the steering starts shaking when turning a corner, you have faulty tie rod ends.

Also, if the steering shakes when driving straight and stops when turning a curve, your car’s ball joint is worn.

This issue is usually felt when riding on rough terrain since it is during that time that the suspension parts should work optimally.

So what do you do when you suspect an issue with these parts? First, diagnose the worn part.

Once you have identified it, go ahead and repair or replace it. When checking them, you must have the necessary skills since these parts are designed differently.

It would be best if you made an effort to diagnose what is causing the front end of your car to shake. Such an issue indicates a problem with one or more components in the vehicle.

For instance, it can be due to a problem with the axle, the engine, the brakes, or even the components that make up the suspension system.

Once you have found out what is causing it, you should also resolve it since it can affect other components in the car. It can also cause accidents by scaring other drivers.

But the best solution is to have what causes it at your fingertips to fix it before it sends you into a nail-biting situation.

One way to do so is by noting how each component makes your car’s front end shake.