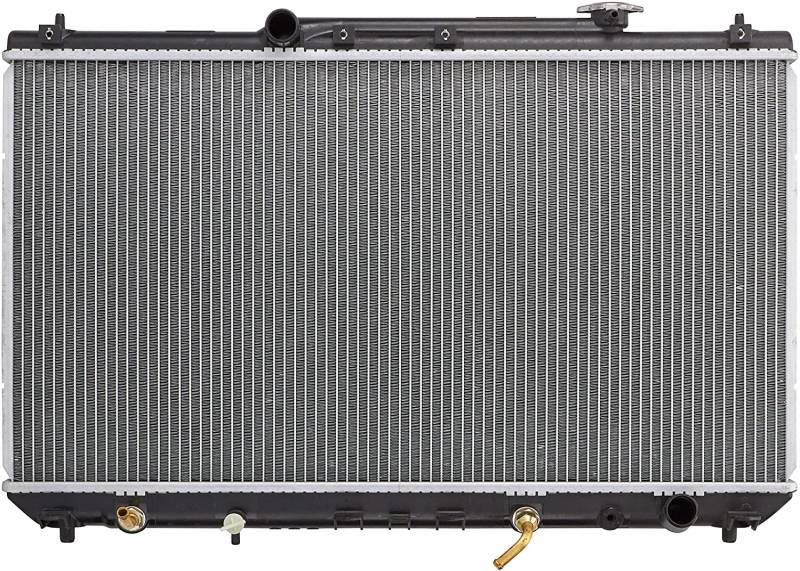 Understanding your car is essential in troubleshooting errors, ensuring easy maintenance, and familiarizing yourself with the garage’s jargon. Among the crucial systems in your vehicle is the engine cooling system and the air conditioning system.

Often sandwiched together or mounted adjacent to each other, the car radiator and condenser serve a crucial role in heat regulation.

The car radiator ensures your car’s optimal working by cooling the engine, thus reducing your vehicle’s risk of damage. Conversely, the condenser dissipates heat from pressurized gas, thus providing a conducive environment within the car.

To understand the difference between a car radiator and a condenser, you must first learn its functions. For this, we tackle their general working to help you clarify the role of each element in heat control.

How Air Condition Works In A Car

Like any air conditioner, the conditioning system within a car works with a pressurized gas (r134a) held within a sealed system. The gas (also refrigerant) heats up by absorbing the surrounding heat.

The system features a compressor that pressurizes the refrigerant and enables optimal temperature exchange. The compressor draws low-pressure steam from the car interior and pumps it into high-pressure steam.

The pressurized steam is then pumped to the evaporator and cooled off using fans and tubing systems. The heat from the steam is dissipated into the environment, and in turn, the vapor condenses into a liquid state.

After condensation, the liquid is pushed through an expansion valve, which converts the high-pressure liquid to low-pressure steam. This is achieved by conducting the heat within the car chamber to the liquid, thus converting it into steam, pushed to the condenser.

However, the steam first passes through an accumulator. The accumulator is a chamber with absorbent chemicals and filters to ensure that liquid droplets and contaminants do not flow into the condenser.

As such, this ensures the longevity of the compressor’s life and service without clogging by rust or contaminants.

How A Car Radiator Works

The radiator is a critical element of the engine cooling cycle. This aluminum chamber is fitted with fins and tubes to control the engine’s temperature by conduction.

Unlike the condenser, the radiator operates with engine coolant and water. The coolant reduces the boiling point and increases its cooling point, thus preventing water’s freezing in the system hoses.

As such, coolant protects your engine by regulating engine temperature and ensuring optima flow of engine cooling liquid. When a car is ignited, the pulley belt activates the pump, thus initiating water flow from the engine to the radiator.

When in the radiator, water travels through an elaborate system of coiled tubes that provide a large surface area for heat loss to the wind. The radiator is divided into an upper tank, a radiator core, a lower tank, and a pump.

The upper tank comprises a radiator rank and reservoir channel. The cap aids in temperature control and serves as an input for radiator fluid. The reservoir channel leads to a reservoir tank where the liquid is stored before being pumped into the engine.

The middle part comprises a radiator core, which is made up of pipes, wind fins, and radiator fins, which increase the surface area for engagement with the wind. This ensures for cooling of the fluid, thus helps keep engine temperatures in check.

After cooling, the water is emptied into a lower tank before being pumped into circulation.

Differences Between Car Radiators And Condensers

While they perform similar functions, there are a variety of differences between car radiators and condensers.

Additionally, the air conditioning system features a fan adjacent to the compressor, increasing the gas’s cooling rate. The condenser is also placed in front of the condenser as it needs more airflow for optimal performance.

Tips For Maintaining Your Car Radiator And Condenser

Maintenance is critical for prolonged service and the optimal performance of your cooling system. If poorly maintained, the pipes may be clogged, thus limiting the flow of fluid and, in turn, exposing your engine to excess heat.

You can notice issues to fix before they morph into more extensive damages by having a regular maintenance schedule.

See Also: Best 6 Radiator Flushes – Why Are They So Effective?

While they both serve in heat regulation, a car radiator and condenser differ in function and purpose.

While the latter serves in cooling the engine, the condenser cools air for conditioning your car’s interior. However, ensure to maintain your systems for optimal performance properly.