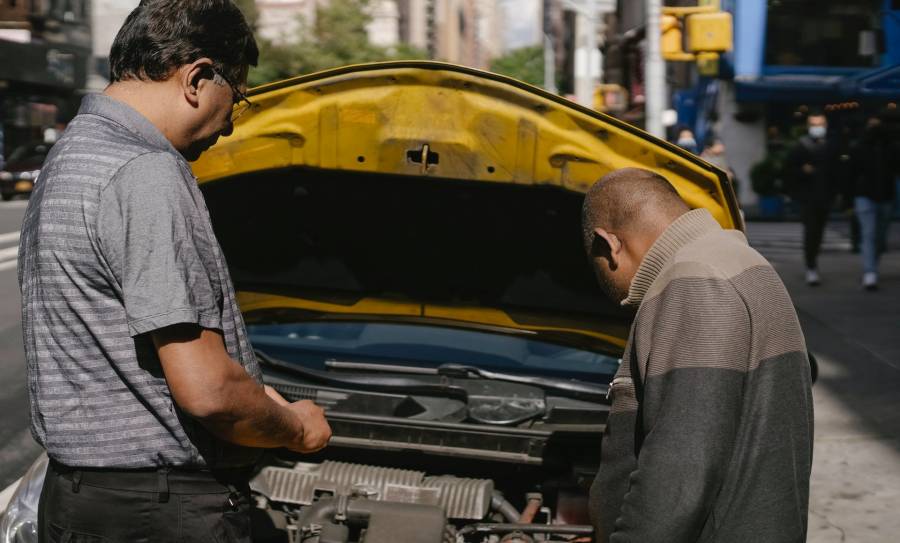 We all know that the car will not function well without a good alternator. It is because the alternator powers the electrical components in the car.

It also charges the battery, which is used to start the car. However, like any other component in the car, an alternator can also go bad.

A failing alternator will stall your car and produce irritating smoke.

The bad news is that your alternator can emit smoke anytime due to a failure in its parts or other parts connected to it.

The following describes what can make the alternator start smoking.

If your car alternator is smoking when running, the chances are that its bearings have gone wrong.

The bearings are responsible for turning the alternator resulting in the production of voltage. This involves a lot of friction which can make the bearings overheat.

If the bearings are faulty, the overheating will cause them to produce smoke.

Therefore, the alternator bearings should be the first thing you check when the alternator starts smoking. If they are worn, you should replace them to remove the smoke.

Unfortunately, the process of replacing the bearings requires a lot of time. Hence, if you are a busy person, you might want to hire a professional to do it for you.

The purpose of rectifier diodes in the alternator is to convert alternating current to direct current.

But sometimes, it encounters electrical shorts, which make them overheat. When they do so, they might get burned and produce smoke.

Therefore, if you are driving the car and suddenly see smoke coming from the alternator, you should check the rectifier diodes.

Luckily, identifying a rectifier diode that has gone bad is pretty straightforward.

If, apart from the smoke, the car begins to run rough, you probably have a damaged diode that needs to be replaced.

It is vital to note that a bad rectifier diode should be taken seriously. It is because if not repaired, it might make the external circuit melt and even make your car catch fire.

Whenever you encounter a faulty rectifier diode, you should stop using the car until you repair it.

If you see smoke coming from the alternator after hooking the battery, it is definitely due to a wrong battery installation.

For instance, you might have connected the battery’s negative wire to the alternator’s positive wire.

It is erroneous and will cause severe electrical problems to the wires and the alternator. For example, the smoke you see might be produced by burning wires.

When you make this mistake, you will have to thoroughly inspect the wires and alternator.

Once you identify the one that has gone faulty, you should repair or replace it to avoid having a smoking alternator.

4. Corrosion In The Cables

The car alternator may also start smoking when the cables that connect it to the battery get corroded.

Prolonged usage of cables will make them accumulate acid fumes on their surfaces. These fumes corrode the wires, making them malfunction.

For instance, the fumes will cause electric resistance in the cables. This resistance will cause overheating both in the wires and in the alternator, which in turn will cause smoke.

This resistance will only happen when the car runs since the voltage must flow. Fortunately, it is easy to spot corroded cables.

You only have to check their heads to see if they have a greenish or white powder. It would be best to replace them to prevent the car alternator from smoking again. 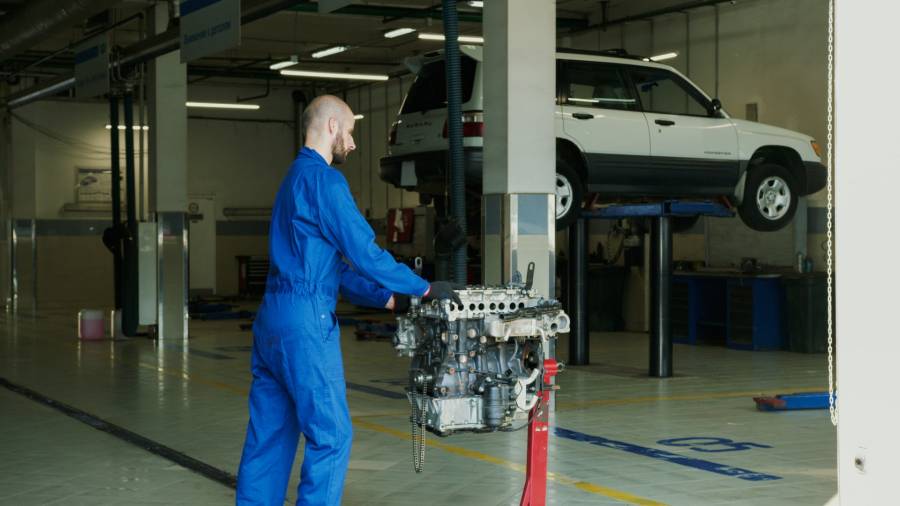 Like corroded cables, loose cables can also cause electric resistance. Extreme resistance will generate heat, making the cables and plastic parts in the alternator catch fire.

It will result in smoke that appears to be coming from the alternator. Also, like in corroded wires, you will only experience such smoke when the car is running.

The voltage flows from the alternator to the battery is the only time. But unlike all other alternator problems, this one is relatively easy to fix.

You only have to tighten the cables. However, it would be best not to apply excessive force to break them.

You should use your car’s manual to guide you.

The smoke that you see could also be due to a seized alternator. An alternator can get seized when its components, such as the bearings, get worn.

A seized alternator won’t move correctly, thus increasing friction on the alternator belts. These belts will, in turn, overheat and even catch fire, thus producing smoke.

You will typically experience this problem when the car starts or runs, and a rubber smell usually accompanies it. It can also be followed by low power and dim lights.

To stop the smoke, you will have to stop the car. You will also have to open the alternator compartment and replace the bearings or any other component that has made it get seized.

But once you are done, you should not forget to replace the burnt alternator belt.

Modern alternators are equipped with a cooling fan that ensures enough air circulation.

When the cooling fan malfunctions, the alternator will have a lot of heat that melts its plastic parts.

Consequently, there will be a lot of smoke coming from the car’s alternator. It can happen anytime, including after immediately switching off the car.

To diagnose the cooling fan, check if it comes on when the alternator temperature reaches around 200° C.

If it doesn’t, you have a faulty cooling fan that needs to be repaired to prevent further heating problems.

8. A Wrong Or Faulty Battery

If you hook the wrong battery into the car, you might also experience the same problem.

Also, if the battery fails, it won’t take up all the voltage supplied. It will cause electric resistance that will also make the alternator heat up.

So, if you can’t find an issue making the alternator start smoking, you might want to check the battery’s condition.

You should first check if you have hooked the correct battery before testing if the battery is in good condition.

In essence, a battery that discharges quickly also takes a short charging time. So, you can measure the time it takes to charge the battery.

If it takes a shorter time than in the manual, you have a faulty battery that needs to be replaced.

A smoking alternator is often due to overheating in various alternator components caused by resistance in the alternator cables and the battery.

It can also be due to malfunctioned components such as alternator bearings, cooling fans, rectifier diodes, etc.

Therefore, you should diagnose these components and repair or replace the faulty ones to fix the alternator smocking problem.

By doing so, you will also be avoiding disastrous outcomes such as fire.