What does that mean when suddenly, your car dies and all the dash lights come on?

Many people have experienced this problem, and they can’t figure out why when it happens to them. It can be not very comforting, but that’s okay, we got you.

We’ll walk you through the most likely causes of this problem and outline some possible solutions.

Reasons Why All Dash Lights Come On And Car Dies

Several causes can cause all your dash lights to come up and the car to die. The most common issue is a faulty alternator.

The second most common issue is a dead battery. A third possibility, although rare, is that there is an electrical short in your car’s wiring.

Here are some typical causes of all dash lights coming on and the car dying:

A car’s battery acts as a backbone to support the electrical system in our vehicles. When any fault occurs in the battery, it disturbs the entire electric connectivity in the car.

The battery sign flickering on the car dashboard indicates an issue with the battery.

The inefficiency of the car battery causes the dash lights to fluctuate and eventually shuts down the car.

When this problem arises, we can neither ignite the engine nor start anything else that runs with the battery voltage.

If all your dash lights came on and the car died, you should promptly consider the battery condition.

The average lifespan of a branded battery ranges from 3 to 6 years. But in most cases, it stops working and starts creating problems after three years.

Symptoms Of A Worn-Out Battery

If possible, take your car to a reputable auto shop if you notice that it’s not starting.

The mechanic will check the battery, and hopefully, he’ll be able to get it working again for you. If not, you’ll have to buy a new one.

If your dashboard lights are all on and the car dies, it may be because your alternator has gone bad.

The alternator is an essential component of a vehicle’s engine. It transforms the mechanical energy into electrical energy to run the car engine.

It replenishes the battery and supplies power to other electric parts of automobiles.

The faulty alternator inhibits the power supply to the parts where it’s required. It stops working and doesn’t charge the battery anymore.

The car engine also quits working when the battery runs out due to the power cut-off to the battery.

As long as the battery is charged, the car will travel without disturbing. But once the battery depletes, the vehicle engine switches off and doesn’t start after that.

All the dash lights light up before this happens, warning us about the dire condition of the car.

Symptoms Of A Faulty Alternator

If any of the above symptoms occur, immediately contact a mechanic.

If you’re far from the mechanic’s office and your car engine stops working, replace a depleted battery with a fully charged one to get there.

Ensure that the replaced battery is charged enough to reach the designated mechanic shop.

We all know that every battery has two terminals, one positive and the other negative. These terminals provide an electrical connection from the battery to other car parts.

The corroded terminals of the battery can inhibit the current flow to the car parts that run with electricity.

Moreover, the alternator can’t charge the battery as the decayed terminals remove its connection to the battery.

The dash lights tend to come on when the alternator doesn’t charge the battery as it runs down. 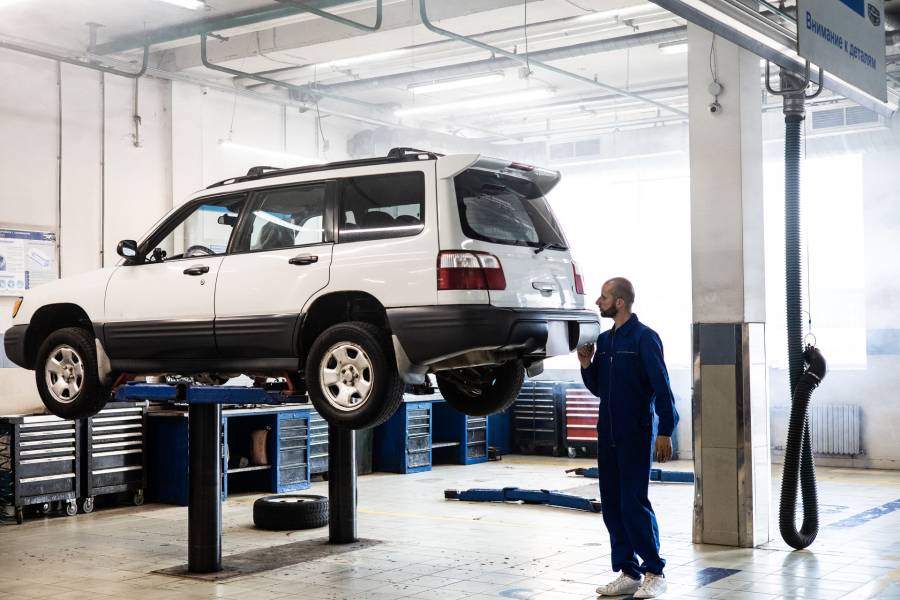 The corrosion or rust usually catches the battery terminals after gas drainage from the battery. The acid in the battery contains hydrogen gas.

When this gas releases and mixes with the air molecules, it causes corrosion.

Loosely attached cables to the battery terminals can also be a reason behind the power supply disturbance to your car or why all your dash lights came on and the car died.

There is an easy remedy to get rid of this corrosion.

To remove the corrosion on a corroded battery, use baking soda and water.

Next, pour water onto the terminals to initiate a chemical reaction, resulting in bubbles. It neutralizes the acid corrosion and removes it from each terminal.

Finally, wipe away the excess baking soda and clean the terminals with a rag to ensure they are free of corrosion.

A relay switch in cars is responsible for switching on and off multiple things altogether.

A relay uses a small current in one circuit to control a larger current in the second circuit. It provides power to the course when turned on.

The blown fuses or faults in the relay switch usually cause minor issues like headlights and interior light problems.

But in rare cases, it can also switch off the car engine. It might cause the dash lights to blink and ultimately shut the car.

Before blaming the relay switch, ensure that the battery is charged.

If your car’s relay has become faulty, you can remove the cover and clean it with a soft brush. You can also tap it gently with a metal object to eliminate any corrosion stuck to it.

However, if you don’t know much about car repair, visit a car workshop. Let an expert diagnose the problem and repair it for you.

Short Circuit In The Wiring Or Faulty Sensor

A short circuit in the car’s wiring or a faulty sensor can also cause the dashboard warning lights to come on and the car to shut down.

A short circuit occurs when a wire touches another wire that it wasn’t supposed to touch.

There’re many complicated systems in cars, including ignition and fuel systems controlled by electronic circuits and sensors.

If there is a fault in these systems, the car won’t start. The vehicle’s dashboard lights will blink to inform you that a problem has arisen with the car’s circuitry.

You can fix the short circuit by separating the accidental connection of wires. Taping the uncovered cables can also prevent exposure to any conductor or other electric wires.

Whenever you witness some of the unusual lights fluctuating on your car’s dashboard, then quickly summon any automobile expert.

Don’t march to a long drive in this condition because your car engine can shut down at any moment.