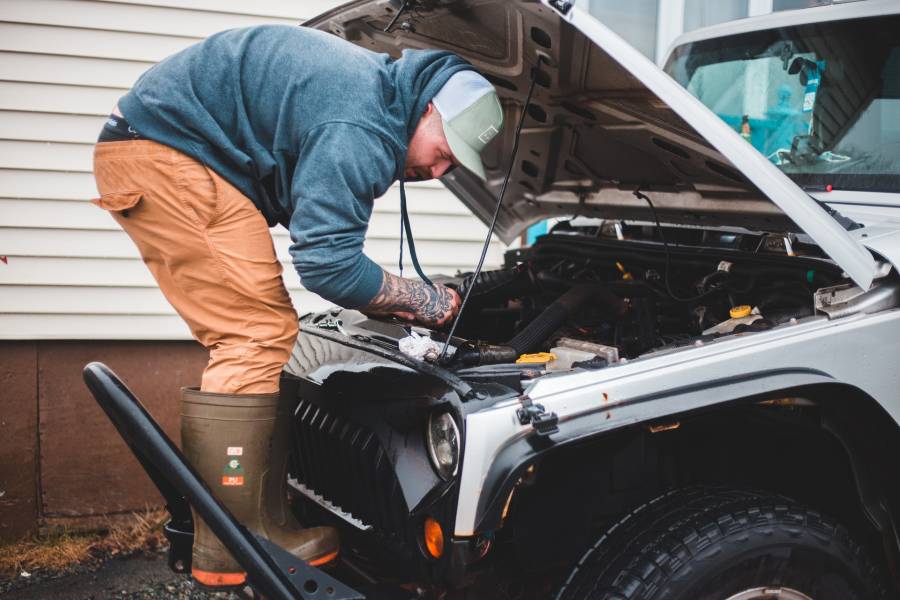 However, car owners often neglect minor signs before a complete failure happens. Knowing the signs and ways to test a car’s mechanical fuel pump is essential to avoid embarrassing scenarios.

The function of the fuel pump is to transfer fuel from the fuel tank to your engine. The most common type of pump is the electrical fuel pump, and the other one is the mechanical fuel pump.

Before you test the mechanical fuel pump, it needs to be detached.

How To Dismantle The Fuel Pump

First, detach the pump’s fastened cover by a central nut or screw, except on the SU AUF 700 secured by three screws that partially hold the body halves together.

While removing the body screws, keep the halves intact. Leave a mark or scratch on both halves of the body so you can reassemble them in the same position — but don’t scrape a straight line over the diaphragm edge.

While removing all of the body screws, keep the halves connected. They’ll be pushed apart by internal spring pressure.

Slowly release your grasp; the diaphragm may be stuck and needs to be carefully freed. Pry with a blunt metal tool to avoid scratching the bonding surfaces and causing a leak.

How To Check And Test Your Fuel Pump

There are measures to take to determine if your mechanical fuel pump needs fixing or replacement.

The fuel pump might be blocked or clogged up when the car refuses to move correctly while in motion; running a few tests could prove vital. Let’s check the procedure to test the fuel pump below.

Using the electrical test to determine the state of the fuel pump is very effective.

Examine the fuel pump fuse to ascertain from where the failure is coming. Also, locate the fuse box to match it with the fuel pump.

After which, you’ll pull out the fuel pump to check for damages.

You do not need to replace the fuse if it’s still in good condition. Have another party turn the key for you to listen to the clicks coming from the fuel pump relay.

There’s a need to check the voltmeter. Ensure that the power wires anchor full voltage and are placed correctly.

If all the steps are followed correctly, and there are no issues, you have a damaged fuel pump.

A visual examination should suffice if any dripping fuel comes out of the pump. It would be best to replace the pump since such drippings signal that the internal diaphragm has failed.

Never smoke or keep anything flammable near the fuel pump since you can ignite the leaking fuel. When working on a car, you should keep all forms of sparks out of the workplace.

By detaching this portion, you can see inspect the carburetor. Check if any fuel is spritzing into the carburetor by pumping the throttle linkage.

If yes, the pump is operational; if not, a new pump is necessary.

Detach the carburetor’s gasoline line and place the open end in a canister. An operational pump will shoot fuel jets via that line when you start the engine.

Weak spurts or a lack of fuel indicate a problem with the pump, fuel filter, fuel line, or tank level. 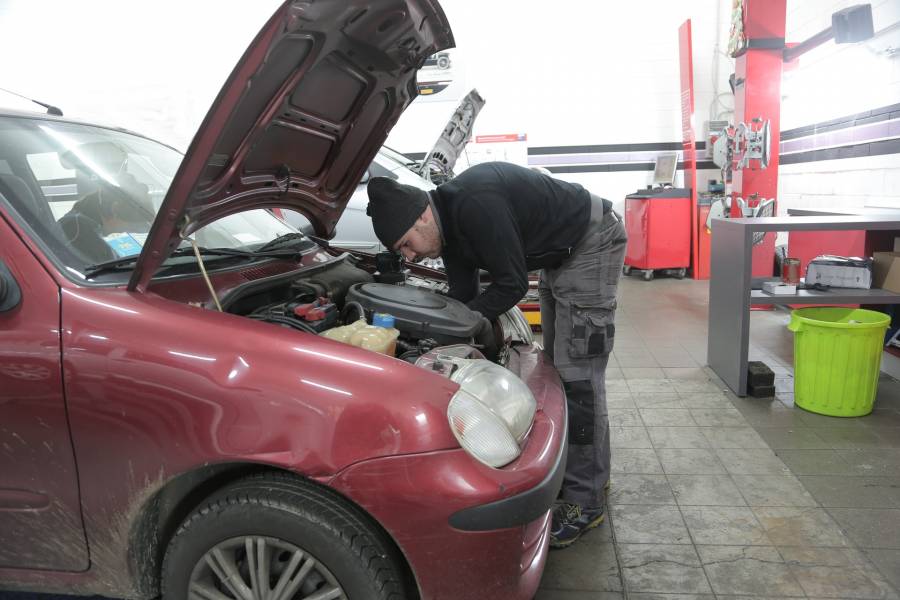 After turning off the engine, attach a pressure gauge to the pump exit and record the readings. A malfunctioning pump is indicated by low or no pressure.

How To Perform A Fuel Pressure Test

Firstly, make sure the filter is not full of debris and dirt. Do this by draining excessive fuel after removal.

Replace if necessary, that is, after inspecting the screen properly.

Instruct a helper to rev the engine for you to check the gauge’s reading. After it has warmed up a bit, check if the pressure idle speed corresponds with the pump’s specifications.

Knowing the fuel inflow into the engine will tell you more about the fuel pressure and volume. While it’s a good indicator, it doesn’t mean the pump is damaged.

After a mechanical fuel pressure check, test for static fuel pressure test. Compare the readings when the ignition key has been turned to the car manual’s specification.

During this process, you should note how well it holds pressure, although the factory manual contains information about the fuel pump when the car is turned off.

How To Replace Mechanical Fuel Pump

If the gasoline lines spill petrol when you detach them, have tapered plugs or old pencils on ready to block them. Wire clips are often used to hold the lines in place, which must be cut off with side cutters.

Substitute the screw clips with new ones. As a temporary fix, use a twisted wire.

Ensure the lever is above the camshaft while reinstalling the pump. Otherwise, the functioning cam will be destroyed as the engine spins over.

After an operation, replace the gaskets. Fasten bolts in a step-by-step manner.

Is The Problem Fuel-Related?

It is another way to test the mechanical fuel pump to ensure that it is not fuel-related. However, there are other methods to determine the source of the problem.

If the engine doesn’t start, listen to the sound coming out of the fuel pump by placing your ear close to the fuel tank while the ignition is on.

The mechanical fuel pump is bad if the car doesn’t start.

Use starter fluid to start the engine to get through to the fuel pump to determine the extent of the damage. To do this perfectly, you need to remove air intake and spray some amount of starter fluid onto the throttle body.

Checking The Pump Operation Out Of The Car

Cover the outlet pipes on the mechanical fuel pump with your fingers to carry out this test. Push the lever up to confirm if it moves freely; the inlet valve and diaphragm are intact.

Again, cover the inlets and push the lever; there should be a resistance level. The diaphragm should still be fixed if it is properly sealed.

Seal the vent hole underneath the mechanical fuel pump with your finger and push the lever to cap off the process.

If there’s enough resistance, it means the fuel pump is in a good state because the oil seal between the linkage and diaphragm has not been affected.

The mechanical fuel pump is an essential element of an automobile, supplying your engine with the fuel it demands to keep you moving.

Like any other system, fuel pumps can and do wear out after thousands of miles of operation. If your car’s power is weak or uneven, it’s conceivable that the fuel pump has to be replaced.