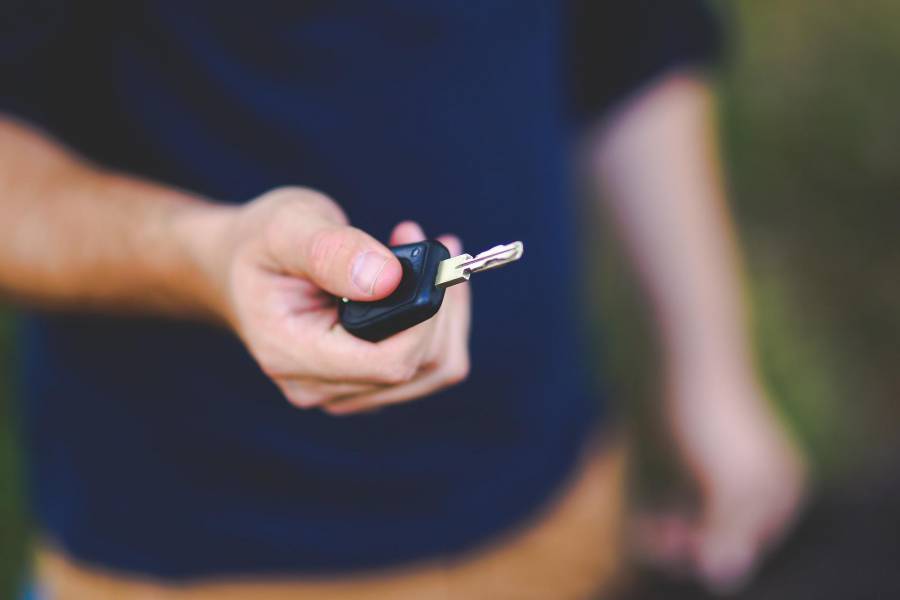 Is your car stuck at the ignition sequence when setting up your passlock relearn?

The passlock relearn module, positioned in the passenger’s side footwall, is responsible for controlling the anti-theft system.

The security system was created to prevent people from making copies of keys. Due to incorrect programming, this module can read as faulty as any copied keys.

The security system can also lockout a vehicle’s starter if it notices interference via an internal monitoring device.

For example, when someone passes by your car with a radar detector, the internal security relearn device sees this and locks out the starter.

It will only function after you take your car to reset the Pass Lock system by a trained technician.

The passlock relearn failure was initially assumed to be a problem with old car models, but recently latest models are not spared either.

Read on for an insight on the same and learn of its possible causes and solutions.

What Causes Passlock Relearn Not To Work?

The Passlock Relearn feature recognizes an authorized key. But, if you’re having problems with this feature, then it could be due to one of these:

Corrosion Build Upon The Passlock Sensor

When the key is out of the lock cylinder, a spring-loaded rod is pushed against the magnet.

The electrical resistance of that magnet is then read by the body control module (BCM).

Corrosion on one or both ends of this sensor will cause an unexpected change in electrical resistance.

It will be the opposite of what your vehicle expects, thus causing the failure in its passlock to relearn the system. This buildup is majorly a result of moisture accumulation.

When this happens, your BCM will view this as a theft attempt. It will disable your vehicle from any active passkey relearn procedure.

Signs Of Corrosion Build On The Passlock Sensor

The cause of corrosion on the Passlock sensor is water entry into the top of the steering column.

It usually happens when there is a leak in the windshield, which runs down inside.

You’ll need to find and resolve this leak before installing the new ignition lock cylinder. Otherwise, your car’s passlock relearn system may not function anymore.

Loose or corroded battery cables cause passlock relearn not to work because the battery is not supplying enough voltage to the BCM.

So the body control module lacks the power to perform the relearn.

The loose connection does not allow enough current to flow through the cable, thus, causing a poor connection in the to relearn process.

It can also happen with intermittent wiper operation, start-up problems, and no crank.

When performing an anti-theft relearning procedure, you need a substantial input voltage from your battery.

All of your onboard computers can use this input to complete their tasks.

The problem here is that there is too much resistance between your battery due to loose battery connections or corroded cables.

To check for loose or corroded battery cable connections, you need to start by inspecting the battery cables at both ends.

If you find corrosion on either end of the cable, remove it and clean it up with a wire brush.

If there is corrosion on your battery post terminals, you will also need to scrape and clean that.

Once all corrosion has been cleaned from both ends of the battery cable and your battery posts, reinstall and tighten the cables.

Ensure you use a torque wrench with a torque setting for your vehicle. You can then try your passlock relearn that wasn’t working earlier.

If the relearn does not run, you may have to call for an experienced mechanic.

On some models, an incorrect clock setting can impact the operation of a relearn in your car’s Passlock system.

When this happens, you may have trouble setting up the relearn passlock setup — or worse, you may never be able to start it again.

The best solution is to get your clock fixed to show the correct time.

To begin with, this process, if you’re unsure where look for your vehicle’s clock reset instructions online. You can also consult your owner’s manual.

It’s possible not to fix your clock right away or encounter problems with other parts of your Passlock system.

In case of problems such as passlock relearn not working, you can use a temporary solution like a Passlock bypass module.

The bypass should be a quick fix to get around the problem. 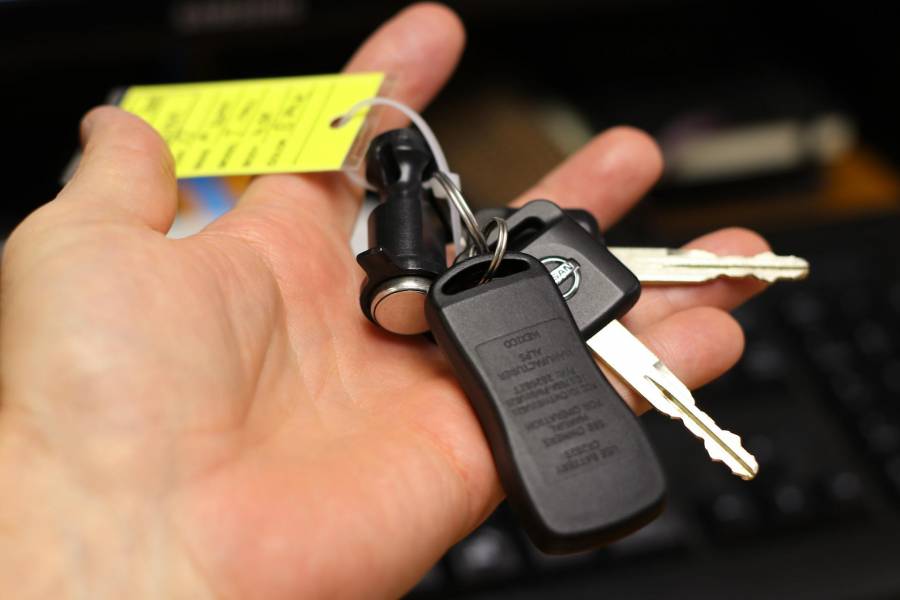 When the CID (theft deterrent module) detects a problem, the “SECURITY” light will begin to flash rapidly.

If the CID doesn’t recognize the key, it will take fuel and spark away to prevent the engine from running.

As a result, you may not make it to continue with your passlock relearn setup. Not until the CID gets fixed.

The body ECU communicates via serial data communication with the other ECUs (engine and transmission).

If any of these three ECUs are not communicating with each other, then the passlock relearn procedure will not work.

It would be because it needs to communicate between these three ECUs. A bad ECU can result from water damage from flooding or other electrical faults.

You may have to let an experienced mechanic diagnose, reset, or replace the bad CID. It will be based on the diagnostic report on the device.

Only after the CID gets fixed can the passkey relearn the system function as you would expect it.

Wear On The Ignition Lock Cylinder

Your car’s key needs to be turned entirely into the lock.

So that the small metal plate on the end of the key pushes in and out of a small hole in the cylinder, it is what tells the vehicle that the correct key is inserted.

If there is wear on this part of the lock, the vehicle might not know the inserted key.

The worst scenario is if you were setting up your security passlock system, the relearn process will fail to work.

If you have an issue with this and your vehicle does not start, you should inquire about getting a replacement lock cylinder.

It will help if you also had a qualified mobile mechanic come to your location to do an ignition repair for you. Only then can the passlock relearn function as expected.

Faulty Wiring Within The Vehicle’s Harnesses

There is a Passlock wiring harness that runs down through the steering column. It has a connector to interface with the Passlock sensor inside the lock cylinder housing.

It is where the first significant problem occurs. The wires in this harness often crack, break, or get damaged somehow.

The wiring becomes faulty when exposed to heat over time or continually flexed at a certain point.

For example, if there are several sharp bends in an area near the steering column, this can cause wiring damage.

Thus, affecting the signal received by your car upon ignition.

It will, therefore, be a direct hindrance to your car’s passlock connection, so affecting and halting your passlock relearn process.

The good news is that you can fix broken wires yourself if you have some experience with automotive repairs. First, locate the breakage in one of your wiring harnesses.

Then, it would help if you replaced them both (both sides of the steering column) to prevent further problems.

Your car should quickly crank up and therefore give you an easy time during the passlock relearn procedure.

The only way to know if the codes match is to use a scan tool to read the codes and compare them. If they don’t match, either a new BCM or a password learn is required.

The passlock sensor data is stored in the BCM and the ECM. The BCM also stores a password that is used to relearn the sensor data.

It is helpful when there is a mismatch between the two modules or when the keys or lock cylinder are replaced.

If any of these codes are changed, it will be necessary to reprogram both modules.

It helps ensure matching information about the lock cylinder and key resistance code. After then, your car’s security relearns should work as intended.

A Passlock relearn procedure is a simple process that requires you to follow a sequence of steps.

It would be best to have a key that works in the ignition but does not have to be the original key. This procedure will program the new key to your vehicle.

The relearn procedure is straightforward. However, a small failure in the car can halt the whole security relearn system.

It will end up causing the passlock to relearn not to work.

But with the right approach, you can get the system back and run quite fast. It’s also imperative that you follow the passlock relearn instructions precisely as written.

If you don’t, the security system won’t reset itself, and you may have trouble completing your car’s security relearn.