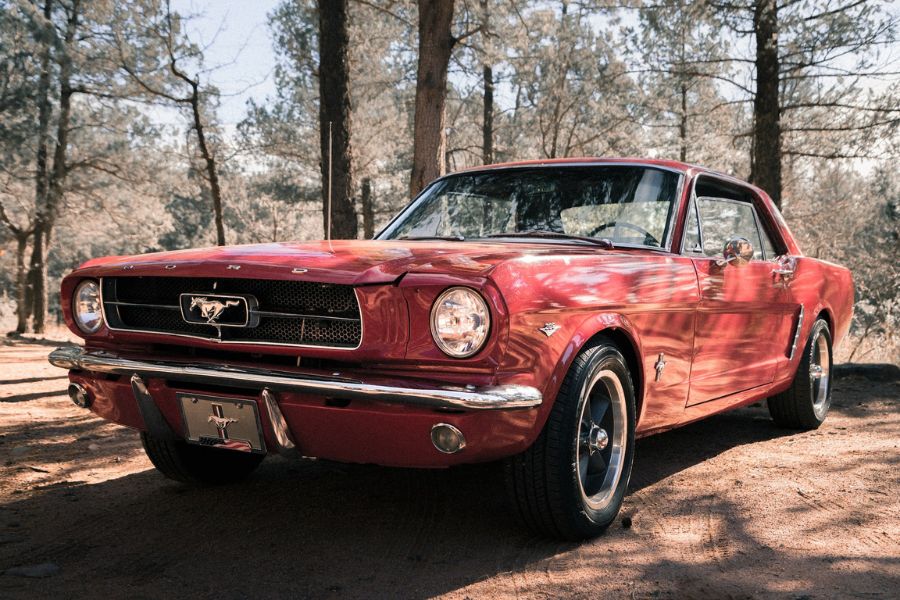 This Mustang from the movie “Gone in Sixty Seconds” is easily one of the most recognizable models. 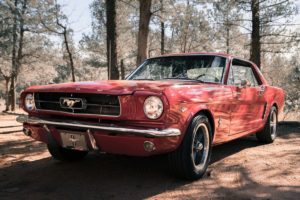 The car appeared in a film starring Nicolas Cage, and Angelina Jolie.

A project that would produce Nicolas Cage’s transportation received funding for $250,000 as a highlight for the film.

Before the movie’s release, Ray Claridge of Cinema Vehicle Services (CVS) had no idea that the custom fastback body kit he designed for the Mustang would become such an icon in the Mustang world.

After that, many tuning businesses released imitations, and some even sold entire cars designed to look like Eleanor.

In the beginning, CVS made twelve Mustangs for the movie, most of which had varied functions.

Some were used in performances or static displays, and two were smashed to pieces while the climactic jump scene was filmed.

Let’s check everything you need to know about the Eleanor Mustang 1967 in the following paragraphs.

Even though the engine bay is never shown on screen in the film, Eleanor’s diehard fans know if it’s real or not. A closer inspection reveals that each scoop on the side is fabricated.

It is also added for purely aesthetic reasons. The Vehicle Identification Number (VIN), which verifies the vehicle’s legitimacy, is under the hood.

This is along with suspension parts manufactured by Total Control Products. Inside, the latching mechanism for the seat belt is excessively short.

Also, you must maintain your foot on the gas pedal at all times to prevent the engine from stalling.

The automobile was purchased from ChromeCars in Germany, which did not refurbish the Eleanor before selling it.

It is the same as it appeared when Cage was behind the wheel and racing across the screen.

The corporation, however, made sure all of the fluids, tires, and other components are in working order. At an auction in 2013, one of the other two Eleanors fetched a price of one million dollars.

Chris from ChromeCars estimates that the Eleanor the firm owns is worth $2 million. That is a lot of money but having a fashionable appearance doesn’t come cheap.

The Uniqueness and Verdict

This vehicle is not merely a replica or a modified Mustang Fastback like most of those available today.

This car is an authentic 1967 GT500, but it can be outfitted with modern driving characteristics. This makes it more reliable and pleasurable.

The unique 1967 Mustang was recently evaluated by Love Cars, and their verdict was as follows: “The acceleration of the car together with the sound of the engine was insane.”

Everyone taking pictures of supercars like Aventadors and Koenigseggs was interested in the vehicle when it drew their attention. The moment is undeniably unforgettable.

It is very evident what will happen as the original 1967 Mustang Eleanor makes its way slowly through the country roads.

Compared to other vehicles on the road, the 1967 Eleanor produces the most enchanting and soothing purrs when driven leisurely.

Eleanor attracts many people’s attention after being driven about for a while on various roads.

To such an extent, individuals rush to take pictures of the famous car and follow it as it travels down the road.

After the Shelby Eleanor has finished attracting several photographs, the driver decides to drive it on more open roads to demonstrate its capabilities.

This type comes equipped with a six-speed manual transmission so that it can be raced.

With these factors working together, the engine can produce up to 625 horsepower. Even though the 1967 Eleanor is not seen in its authentic self in the movie, it is not hard to picture what this car can do.

However, what you get out of the car are the luscious sounds produced by its V8 engine.

When it ramps up the tempo, it sounds even more enticing, even though it already sounds like a dream when moving slowly.

Even when competing with other sports automobiles on the road, the Eleanor Mustang demonstrates that she is the superior vehicle. It produces sounds superior to those produced by any other vehicle.

This shows how precisely the engine has been tuned. The noises it makes on the track will astound everyone if it demonstrates its full potential there.

Even moving at very slow speeds on the road, the 1967 Mustang Eleanor can produce an astoundingly lovely sound.

Because of its legendary V8 engine, capable of producing the most exhilarating sounds, it is easy to anticipate the doing after a turn. 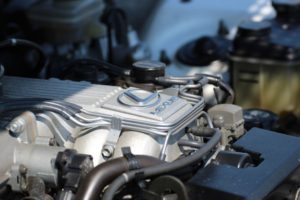 What Can It Offer?

The Mustang Eleanor 1967 is a fastback car, and it is probably most remembered for the role it played in the film. 1967 marked its debut on store shelves, and the following decade, 1974, saw it appear in a film.

Nevertheless, in addition to its notoriety, the Eleanor is a very spectacular ride. Every version comes standard with a 550-horsepower, 5-liter supercharged engine, making it one of the most powerful in its class.

Along with its enormous power, its 5-speed manual transmission would have made it a blast to drive around the track, and it would have been an absolute blast to pull off those stunts.

Because many producers produced numerous duplicates, many more variants are available for purchase.

Therefore, these specifications and performance data may differ depending on the replica and manufacturer.

However, they will all continue to offer the same outer body, giving the impression that you are an expert driver familiar with the history of both cars and movies.

The Mustang Eleanor has two racing stripes down the middle of its exterior and an excessive number of headlights. This makes the exterior of the car quite apparent.

How Much Does It Currently Cost to Purchase a Ford Mustang Eleanor?

Replicas of the Mustang Eleanor 1967 can be purchased on the market for anywhere from $189,000 and above. The price depends on the level of detail desired.

It is possible to locate some under that price that needs repair or has a significant number of kilometers on it.

It will be very difficult for you to get your hands on the original model, which is unfortunate.

The genuine first-generation Mustang Eleanor was last put up for auction in 2013 and brought in a price of one million dollars.

Who Owns the Trademark Rights to the Mustang Eleanor’s Name?

Denice Halicki is the sole owner of the copyright and trademark to the design and name use of Mustang Eleanor.

These rights allow her to prevent others from using the Mustang Eleanor’s name or design without her permission.

When Denice’s late husband, H.B. “Toby” Halicki, passed away in 1989, she took ownership of the business. In the 1970s, H.B. Halicki was active in Hollywood as a director, actor, and stuntman.

He is most known for directing the first version of Gone in 60 Seconds, released in 1974.

H.B. Halicki passed away due to injuries sustained in a car stunt that went awry in 1984 while filming the movie Gone in 60 Seconds 2.

Because of that accident, the continuation of the story was never completed.

The Mustang Eleanor from Gone in 60 Seconds brought high-speed automobile chases in movies to a new level.

Even after 20 years, when she was first introduced in the year 2000, Eleanor continues to garner interest.

Automobile fans are putting down deposits to commission the construction of a Mustang Eleanor for their collections.

At automobile exhibitions, and anytime one is put up for sale, there is significant interest.

In the grand scheme, the Mustang Eleanor 1967 might be very simple to get in the current market. However, the cost won’t be something you’d pay regularly.