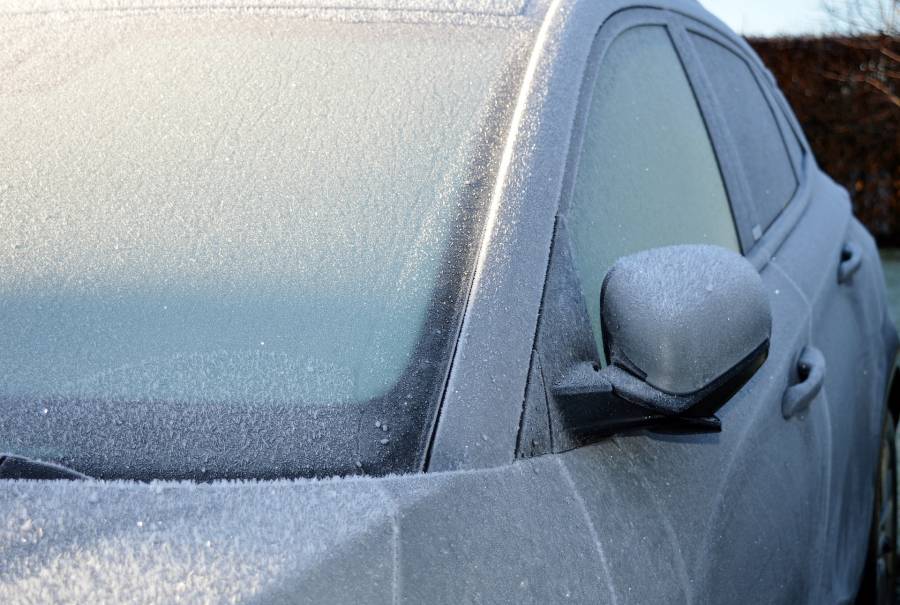 During the winter, freezing temperatures cause snow and ice deposits to form on the windows, front windshield, and rear windshield.

The frost will affect your view, and it is not safe to drive when trying to clear the ice from the inner part of the windshield.

Moisture deposits inside a car cause frost on the windows and windshields. There are various sources of moisture inside your car or an opening where water is getting in your vehicle.

The Ways Moisture Gets Into Your Car:

Some of these are inevitable. Still, you have to find a way to control the humidity and prevent it from condensing on the cold windshields and windows, especially when driving.

How To Prevent Frost Deposits On The Windshields

The front defroster vents and the rear defroster grid will heat the windshields; thus, no ice will form inside and outside your windshields.

It will result in water droplets dripping down the windshields. For the rear windshield, you can leave it and wipe the droplets later.

You’ll have to wipe off the droplets before they evaporate due to heat from the heat inside your car for the front windshield.

If you don’t wipe the droplets, they will evaporate and condense on the cold windshield, and you’ll have to repeat the whole process all over again.

It is not advisable to wipe the droplets when you are driving. Ask the passenger in the front seat to do that for you or wipe when in traffic.

If not, when the droplets are too much, park your car and wipe them off. It will be a while before other droplets form on the windshield.

Wiping Off Condensed Moisture Before It Freezes

Moisture droplets will form on the windows and windshields before they freeze and blur your view.

Before turning on the AC or the defroster to heat the frozen moisture deposits, you can try wiping off the droplets.

As for the driver’s seat window, you can wipe it when slowing down in traffic to avoid distractions when driving.

Avoid Having Open Water Bottles And Coffee Cups In Your Car

When water bottles and coffee cups are loosely tightened, the contents might spill, thus increasing the moisture in your car.

This moisture will end up on the windshields and windows as tiny droplets which will freeze later on.

You cannot avoid such items in your car as you’ll need water or any other liquid to hydrate, and you’ll need coffee to warm you up during the winter. Just ensure they are tightened.

Tightening a coffee cup or a hot soup cup will keep steam from condensing on your windows and keep the contents of the cup hot for you to drink. 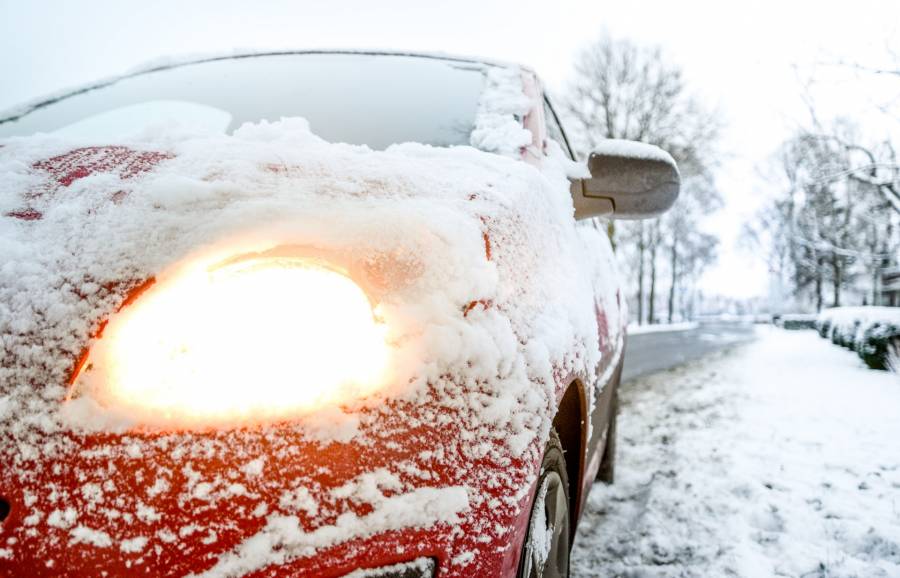 Keep The Windows And Sunroof Closed At All Times When Driving

Most drivers keep the windows and sunroof closed when driving. Still, sometimes the interior can become too hot, especially if you have passengers.

Instead, you’d use the AC to cool your car’s interior instead of opening the windows and sunroof, which will let in more moisture in the form of snow or ice.

Kids also tend to open the windows and doors. If you have kids in your car, ensure the child lock is activated and engage the window lock from the driver’s window control panels.

If you have child seats, but the kids in them as most kids can’t reach the door and window controls from the child seats.

Ensure Your Car’s Fabrics Are Dry Before Driving

You might have taken your car for an interior wash, but the fabrics are not dry yet. Or you have some damp wiping cloths in your car.

Either will also lead to moisture in your wrangler. You might not notice it, but the humidity will evaporate off the fabric and condense onto the cold windshields and windows.

If you are cleaning your car’s interior during the winter, do not use much water on any fabric that might get wet. Especially if you daily your vehicle.

If you have any damp cleaning cloths, switch them for dry ones or store them in the glove box when not in use.

Parking your car in a shade or a garage where snow doesn’t fall will prevent this. But still, have to walk to your car, and snow might fall on you when doing so.

When walking to your vehicle, use an umbrella and shake off your feet when getting in your wrangler.

If you feel that you still have snow on you, remove your jacket and keep it in the rear seats as you’ll be warm enough due to heat from the AC and the engine.

As winter weather approaches, you should check if the doors and windows are completely closed. Moisture will get into your car even through the tiniest opening.

Check for anything that might be preventing the doors or windows from closing entirely and remove it.

If there is a fault with the doors or windows, repositioning will fix this. In some cases, you’ll have to replace the doors, especially if your car was involved in an accident and the impact was on the doors.

The door seal is a rubber lining that prevents moisture from entering your car. If it is loose or broken at any point, moisture will get in your vehicle regardless of how well you close the door.

It is recommended that you replace the rubber door seal instead of fixing it, especially if it has many breaks or is old.

Use a microfiber cloth to wipe off moisture, especially from the front windows and windshield. Other fabrics might leave lines on the glass, thus blurring your view.

Visibility is not that good when driving during the winter. If you want to have maximum visibility, ensure that you keep your windshield clear of frost from the inside and outside.

You should also ensure that the two front windows are clear, as you’ll need to see from them when driving.