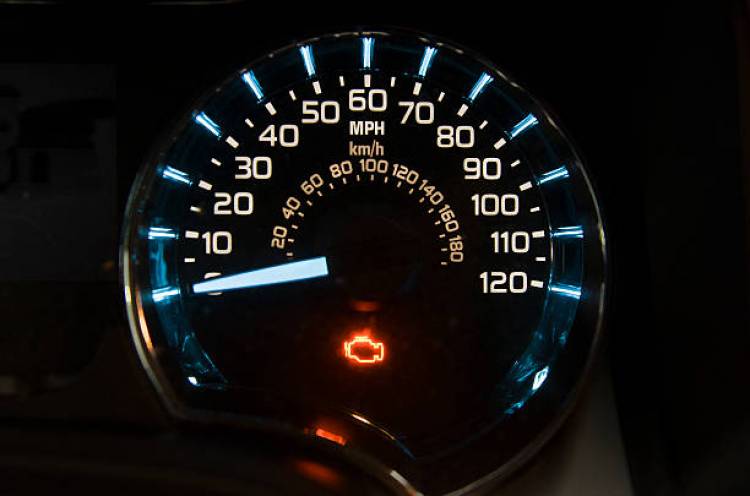 Many people who own a car don’t have complete knowledge about it. Some don’t pay attention to the maintenance, due to which they face car issues off and on. However, there are some issues that can occur even after proper care and maintenance.

Some of these rare issues include car shaking and engine light blinking. Both these signs are linked with each other.

Right now, we are going to give you complete info regarding car shaking and engine light blinking issues. So, read this article till the end!

The engine indicator light, although yellow, should not be underestimated. Permanent burning may indicate a serious engine fault. What to do when it lights up and the car starts shaking?

Manufacturers place several warning lights on the modern car panel. The task of these lights is to inform about the fault probability in one of the car’s systems. Depending on how critical a potential failure can be, the lights come in different colors.

Information lights are green and blue. They usually show that the system is enabled.

Yellow is reserved for warning lights. Their lighting means the detection of an error in one of the systems or its malfunction. If they burn constantly, it’s a sign to arrange a workshop visit.

Red lights indicate the most severe faults. They usually show failure in the most critical components of the car, such as braking or lubrication.

The engine control is in the form of a piston engine contour, or in some older models, it is simply the “check engine”. It appeared permanently in modern cars in 2001, when mandatory self-diagnosis systems were introduced.

The whole idea is to stuff vehicle systems with hundreds of sensors sending operation signals to the central computer. If any sensor detects a malfunction, it reports it immediately.

The computer displays information about it in the form of a corresponding indicator assigned to the error. 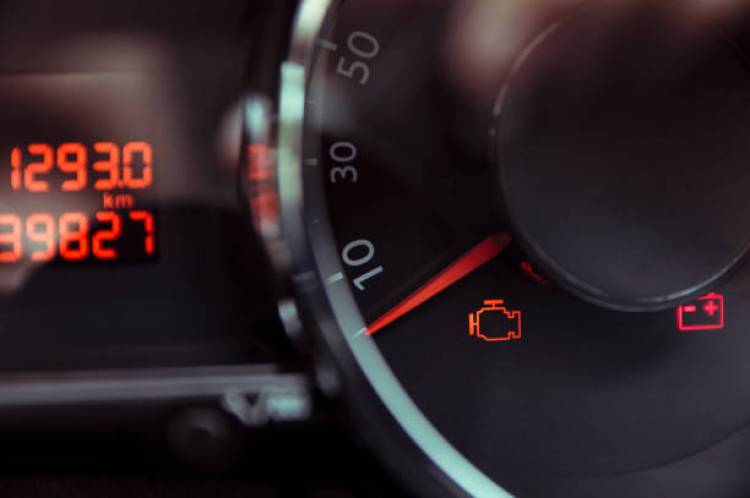 Errors are divided into temporary and permanent. If the sensor sends a one-time error that does not appear later, the computer usually turns off the light after some time, e.g., after the engine has been turned off.

If after restarting the light does not go out, it is a signal there is a fault. Control computers receive error information in the form of codes set individually by each manufacturer. Therefore, connecting a service computer on the site helps to determine the place of failure. Sometimes it even indicates a specific problem.

As with other controls, the error may be temporary or permanent. If it goes out after some time, it may mean a single ignition failure or low voltage in the installation during start-up.

When it still on after the restart, it may already indicate a fault, e.g., damage to the lambda probe or catalyst. This situation cannot be underestimated, and, if possible, we should go to the workshop for error diagnostics.

The ignition of the engine indicator light often occurs excessively in cars with an amateurish gas installation.

Driving with the engine light always on is not sensible, especially without knowing the reason. This can result in increased fuel consumption, engine malfunction, only the variable timing system (if any), and as a consequence, we can lead to more severe failure.

We must immediately go to the service when the yellow indicator is accompanied by the engine going into emergency mode. We will recognize it after a clear drop in power, limited maximum revs, and even after a drastically limited top speed.

Such symptoms are a sign of a severe failure, although often it is caused by a defect in the EGR exhaust gas recirculation valve or a malfunction in the ignition system.

One of the things you often notice when the engine warning light is on is the car shaking. The shaking usually comes from the engine.

If this happens, there is a failure or trouble with your engine. There can be diverse reasons behind it. Right now, we are going to tell you about the leading causes.

The engine warning light may be turned on when an abnormality is detected in the engine-related sensors. Among them, the sensors that are easy to detect abnormalities are as follow:

The engine warning light will be turned on due to the failure of the plug. Most failures are caused by plugging.

The plug is imperative to ignite the engine. The condition when this plug gets wet is called a plug cover. It can happen when there is too much fuel or when you start the engine and turn it off immediately.

It is said that the service life is around 60, 000 miles. Thus, it is better to replace it before approaching this.

Damage to the Injector Air Cleaner

The injector is a nozzle that acts like a spray to vaporize the liquid fuel. If this injector fails, the fuel will not be injected, and the engine will not start. This failure can occur if the dirt accumulates in the injector.

It needs to be replaced every 5 to 6 years. So, it is imperative to check how much it has deteriorated.

What Should You Do?

Well, you have many options when it comes to checking engine light blinking and car shaking. The problem can be severe, so you have to be cautious.

Right now, we are going to tell you the options for which you should go to.

The most likely suspicion when the engine warning light turns ON is a sensor failure.

Since the O2 sensor measures the concentration of oxygen contained in the exhaust gas, if it breaks down, it will no longer be possible to measure the optimal amount of fuel, which will reduce fuel consumption. However, there is no immediate need for repair, and there is no danger if left alone.

However, it is better to cure because the fuel consumption remains low, and the warning lamp does not go out.

How To Deal With Sensor Failure?

It is difficult for non-specialists to deal with O2 sensor failure. It would help if you had a scan tool to check it yourself.

To prevent this from happening, do not overwork the car by overdriving it, overaccelerating, or stopping it suddenly.

The o2 sensor is a part where abnormalities appear more quickly than expected. So, you have to pay attention to it.

What Other Options Do You Have?

If there is no problem with the sensor, you have to take your car to the local dealership or repair center. It would be great if you take your vehicle to its particular brand repairing the place.

The people working in these centers are highly proficient. They know best how to deal with specific problems. In case your car needs some replacement, the brand specialists may replace the old parts with the new genuine parts.

However, this option is the least recommended. The reason behind it is that a novice can make things worse. In case you want to save yourself from any hassle, you should have sound knowledge about your car.

Important information for people intending to buy a used car: After turning the key to the first position, or in vehicles equipped with a start-stop button after briefly pressing the button without pressing the clutch pedal (or brake with automatic transmission), all the lights on the instrument panel should light up.

After that, some will go out before starting the engine. It’s time to check if the engine light comes on at all. Some dishonest sellers disconnect it when they cannot deal with the fault and intend to hide it.

Disconnecting any of the lights signifies that the car is after a severe collision, and the repair shop could not cope with its professional repair. In cars with gas installation, this may mean installing an emulator responsible for extinguishing the “hyperactive” indicator.