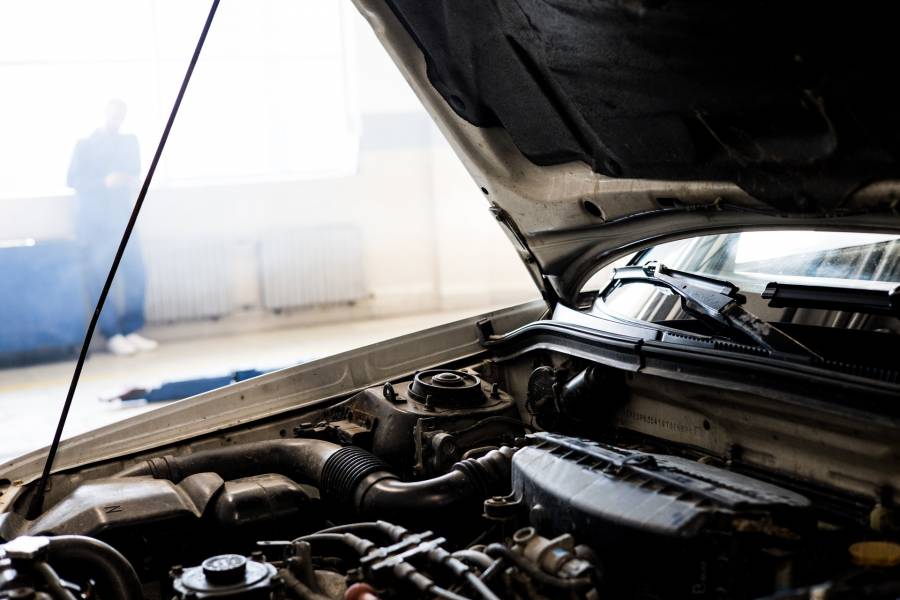 To understand the types of engine knock and their causes, you have to familiarize yourself with its key components.

There are two types of engine knock at low RPM: rod knock and detonation knock.

The cylinder block houses the combustion chamber, the crankshaft, and a moving piston. The oil pan and oil filter make up for the oil sump.

The piston movements are responsible for the engine operations and the car’s rotational movements.

A delayed ignition may cause knocking in the engine due to low engine speed. The spark plug in the engine cylinder releases a spark later than is required.

This delayed ignition creates enough time for forming a secondary flame front that results in the engine knocking at low RPM.

Carbon In The Cylinder

Carbon emitted during the combustion process is released from the engine cylinder through the exhaust valve.

However, carbon deposits are sometimes retained in the cylinder, especially when the engine runs continuously for long hours.

The carbon deposits accumulate gradually, reducing the volume of the cylinder.

At the compression stroke cycle of the engine, the pressure in the cylinder increases immensely due to the reduced volume.

When the spark plug issues a spark, the resulting ignition collides with the earlier ignition causing a knock in the engine at lower RPM.

The premature unintended ignition is what causes several unwarranted detonations in the engine.

A knocking sound at a lower RPM in your engine might be due to fuel use with a low octane rating.

The reason is that, in the compression stroke, oil that isn’t highly rated is bound to ignite quicker and cause detonations in the combustion chamber when it’s subjected to too much pressure.

These detonations sound like a knocking sound in the engine when they occur. It’s prudent always to check fuel octane rating recommendations provided in the user manual.

Insufficient Air To Fuel Ratio In The Engine Cylinder

Correct air/fuel mixture burns in pockets. The presence of a faulty oxygen sensor /fuel injector could translate to an incorrect mixture ratio.

The engine knock at lower RPM occurs during the power stroke since the wrong air/fuel mixture burns unevenly in different pockets.

Over time, the piston bearings may get worn out or damaged due to prolonged use.

Lack of piston bearings to facilitate the smooth operation of the piston results in a knocking sound as the rod knocks against the crankshaft continuously, especially when the car’s engine is at low RPM.

The car engine has a belt that facilitates the rotation of pulleys on several engine parts.

This accessory belt may become stretched out or slip out of place over time, undermining the normal functioning of the pulleys.

The pulleys may also become damaged over time, causing the engine to produce a knocking sound when running at low RPM.

In most modern cars, they are equipped with an engine knock sensor that automatically controls the fuel/air mixture in the engine, along with its timing and fuel injector.

When the sensor is faulty, the engine will knock at low RPM since the engine’s control unit is incapable of correcting the problem.

The primary function of the knock sensor is to detect engine knock, and this information is relayed to the vehicle’s ECU and is automatically rectified. 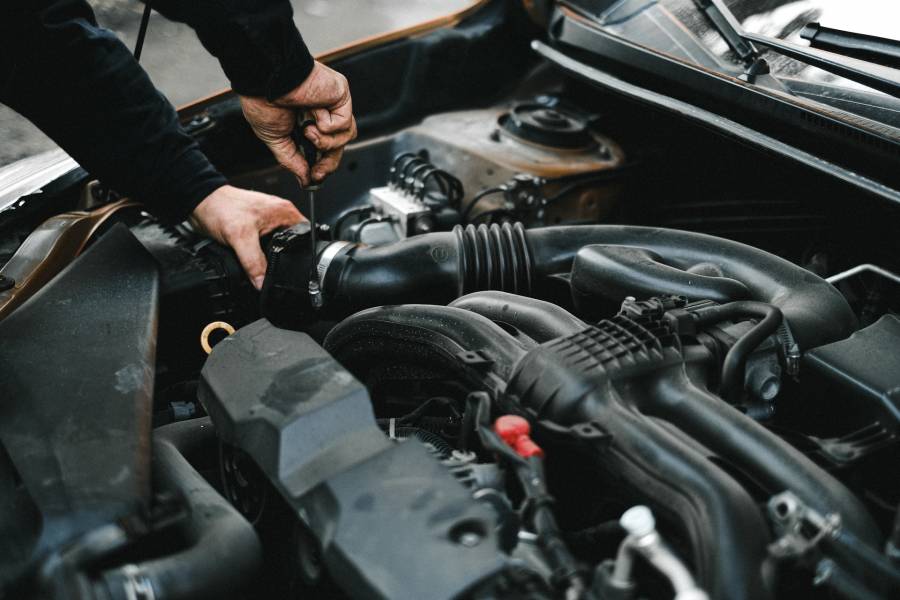 Increasing your car’s engine speed may help do away with the ignition lag that might be brought about by the low RPM.

If the knock persists, then examine other alternative solutions.

Upgrade To Fuel With A Higher Octane Level

It is vital to use the correct fuel for your engine. The fuel with a higher rating in its octane levels can prevent engine knock since it has a higher combustion temperature.

In most cases, upgrading to a high octane rating or enriching your fuel’s octane levels with an octane booster will solve the engine knock problem.

The recommended octane level in most vehicles is 87. However, high-performance cars may require an octane boost of 89 or 93.

The combustion chamber of your engine accumulates carbon deposits over time.

These carbon deposits may block the valves or occupy the engine cylinder volume resulting in knocking.

Thoroughly cleaning your engine cylinder from time to time to remove the carbon deposits in the combustion chamber is essential.

It is also advisable to include a carbon cleaning additive in your fuel tank to prevent further accumulation of carbon deposits.

You may need to visit a good mechanic/repair shop to examine your engine and help you replace worn-out bearings, re-adjust the accessory belt, and fix a faulty pulley.

Ensure that you always take your vehicle for servicing from time to time.

The engine knock at a low RPM may result from an overheating engine.

If all the other solutions do not solve the knock problem, you may need to examine the engine’s cooling system.

Check the engine’s electric fan and the temperature gauge to ensure that they are working correctly.

The spark plug in the engine cylinder needs to fire correctly to avoid engine knock at low RPM from early ignition.

To adjust the spark plug timing, you may require to consult with your owner’s manual.

Only do this after you are sure that the condition of the spark plugs is okay, the engine cooling system is working correctly, and the intake pressure is appropriate.

Some vehicles with modern engines may corrupt the ignition timing through an engine’s computer.

Also, the spark plugs that you use must be of the same brand and quality to avoid premature misfiring.

Frequent Diagnosis Of The Engine’s Computer

For modern cars, It is always advisable that you diagnose your engine regularly as this will help correct the errors associated with a faulty engine knock sensor.

The engine’s ECU is responsible for automatically controlling all the engine’s electronic components, and if it’s defective, it might lead to engine knocks at low RPM.

Some of the issues associated with causes for engine knock at low RPM include:

The effective remedies to engine knock include: