The car engine produces heat while running and it’s essential to flush this heat out from the engine to avoid overheating.

A radiator flush aids in the removal of heat generated from the engine. It is a component in the cooling system that contains a coolant liquid to control the temperature from within.

It drains this coolant by flushing it with water and refilling it with a fresh one.

But is it essential to have a radiator flush once in a while? Find out below!

Can Radiator Flush Cause Problems?

Engines generate a lot of heat over time during driving, and it leads to overheating, which can be worrisome if not appropriately handled.

It would be best if you had a proper radiator flush to fix things accordingly when the time comes.

A radiator flush helps to guarantee that your vehicle’s cooling system is always running correctly.

It will remove everything from grime, rust, and other unseen particles that have been accumulated.

However, there are some drawbacks when you do a radiator flush, and these are as follows:

It May Cause Leaks

Since a radiator flush uses a method to remove contaminants by using pressurized water and other chemicals in the process, it may cause leaks in some cases because it removes corrosion and rust build-up.

It may cause a leak because radiator flushing will remove everything inside out. When there is a build-up, and it is removed, a leak may then occur.

That leak will cause further problems like a damaged engine if it is not fixed immediately.

Leaks are signs that a component in the system is worn off and might need replacement.

However, the best thing about doing a radiator flush is that it can inspect all the hoses, fittings, pipes, and gaskets.

If a leak has been found, it is time to inspect where it could be and fix it afterward.

Other than that, a good radiator flush can remove all inefficient coolants, thus allowing the radiator to work again by removing heat from the engine thoroughly.

It May Cause Cracks

Another thing is that a radiator flush may also crack a tiny portion of the cooling tube because of high pressure.

The high pressure will displace the metal components of the cooling because they are sensitive and can be worn off if forced.

Imagine that you have a hose and put high pressure on it; eventually, it cannot withstand the high pressure causing it to crack open.

It is the same case that will happen to the cooling components inside, especially the tubings and hoses, whenever you do radiator flushing.

It May Damage The Engine

Worth noting is that a radiator flush may cause a leak, which will cost you a replacement radiator to make your car functional.

However, the primary function of a car’s cooling system is to prevent the engine from overheating. With that, it can prolong the life of that main component.

When a crack occurs because of excess heat, it will lead to replacing the entire engine because it won’t function as usual.

Thermal shock may also cause engine damage if the engine is overheated when the flush is conducted.

Remember that your cooling system is hydraulic, which means it resembles the circulatory system of your car.

When there is a crack, then pressure is running in the system. It will damage the lungs of the car, which is your engine.

A replacement will be needed if the engine has already been affected. So when you do, have a radiator flush only if necessary.

It May Damage The Whole Cooling System

An improper radiator flush may often lead to significant problems in some cases.

Suppose you seek to have a solution to overheating, and you have to do it yourself without proper knowledge and training.

In that case, you may encounter problems while doing a radiator flush, and worst it will cause damage to the entire system unknowingly.

The best thing to counter this is to find a mechanic specialist to do the flushing for you and have them check the entire system components to ensure that everything is good to go. 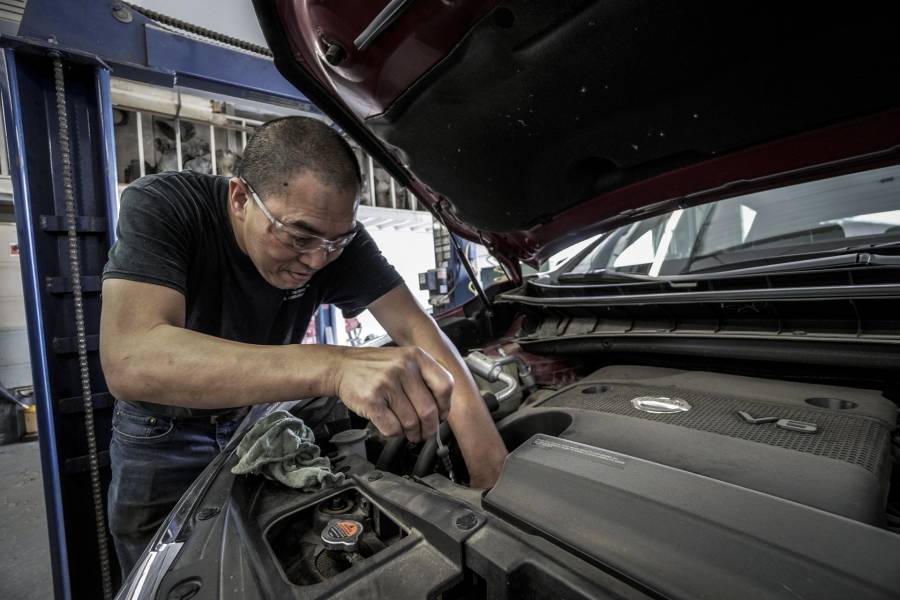 It May Break A Clamp Or Hose In Some Parts

Radiator flushing is done by pressurized medium, which means that there is a possibility that there may be broken components when doing it, such as a broken clamp or hose.

Even if you have good intentions to get a radiator flush, you may also create problems.

Nonetheless, a positive thing about having this problem is that you know that some of your cooling system components are instead not sturdy enough and need replacements.

Air Pockets May Be Trapped In The Radiator

One moment that you have done radiator flushing by yourself and you suddenly realize that something is occurring on your radiator.

When improperly doing things, radiator flushing may lead to a trap air pocket inside your radiator.

Instead of flushing out everything and you are unknowingly creating a severe problem.

Due to the improper way of flushing the radiator, these trapped air pockets will cause the radiator to blow apart.

When you haven’t done it once, seek help from someone who has proper knowledge and training in doing a radiator flush.

Rather than doing it by yourself, go to an auto shop and have the professionals do it instead.

It May Damage The Metals And Other Components

When dealing with radiator flushing, you will replace and use coolant additives for the cooling system to run again.

The worst case is a sludge generated by mixing coolants for your cooling system.

It is very recommended that you first check your car’s manual to see what type of coolant your car needs.

It’s ideal to use the designated coolant for your car so that you won’t have to experience problems in the long run.

Lastly, if you have replaced the entire system with a poor coolant, the car’s engine will suffer damage over time. It may also lead to overheating and can blow apart.

How Many Times Do I Need To Flush My Radiator?

You need to go over your car’s manual to answer this question. There are recommendations there that are helpful to know when you will flush your radiator.

However, in some instances, there are times that you need an immediate radiator flush because of different weather conditions.

These conditions can affect the whole cooling system, like when the heat drops in summer or cold winter come.

Driving habits also is one factor because they can tell you how much engine power you are using every time you drive, whether it heats up or not.

Suppose you don’t follow the advice of your mechanic to do a radiator flush.

Failing to do the process will mean a significant overhaul of your vehicle, and your car’s performance will deteriorate.

In that case, you will encounter problems in the long run, including engine overheating, leaks, a damaged radiator, and a broken cooling system.

To do radiator flush is necessary if it is the only way to cure issues. It is wiser to take the process rather than ignoring the symptoms.

It will prevent you from spending more money to buy a new one and even expensive repairs. Therefore, a radiator flush is your best option if practical issues.

Every car operator wants to avoid being stranded on the roadside due to an overheated engine.

Luckily, radiators keep this from occurring by removing extra heat from the main engine while it is running.

Understanding the significance of this cooling system, the warning indications of possible failure, and the essential routine maintenance can help keep both engine and radiator operating smoothly for the following years.