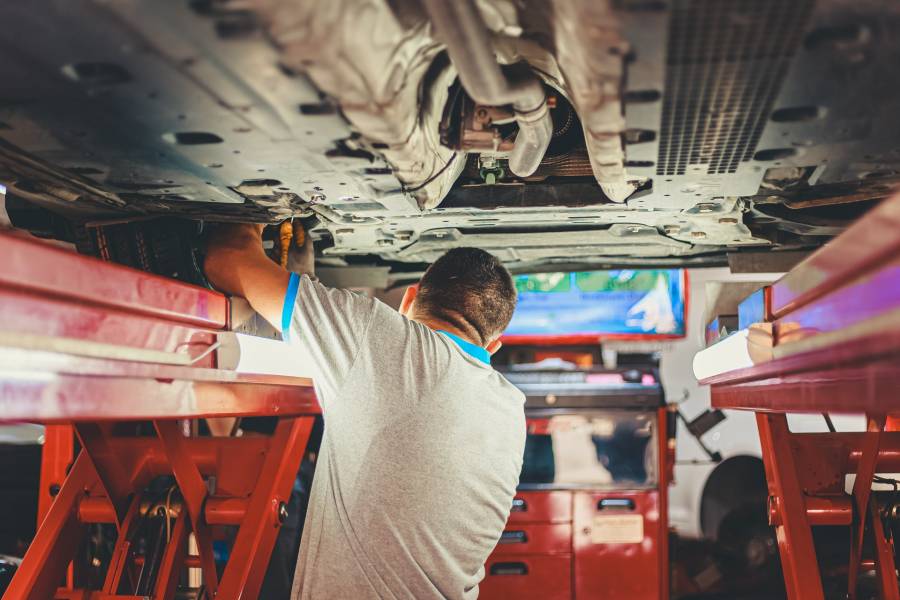 If you hear knocking sounds coming out of your car followed by low oil pressure, you have a spun engine bearing.

Engine bearing performs several functions in the vehicle that allow it to work smoothly.

It reduces the friction between different parts to ease the movements of these regions and other components in the engine.

It protects the crankshaft, maintains the oil pressure, and supports the rod in the engine. Several factors within the engine play a role in causing the spun bearings.

Spun bearings may hamper the optimal functioning of the vehicle and become a nuisance for the driver.

Following are some of the common spun-bearing symptoms.

One of the tell-tale spun-bearing symptoms is the loud clanking or knocking sound. You can hear it every time you ignite the engine.

In some cases, it may initiate as you move your car a little distance. The noise is loud, and both passengers and drivers can hear it.

The engine bearing acts as a central component among several parts. It ensures that none of the compartments interfere with each other.

As a result, the engine functions smoothly. The oil layer above it further lubricates the movement of any rotating components.

The bearing may get replaced from its original point and quickly become stuck in other regions.

The spun-bearing symptom may also sound like two rods are being hit against each other. It becomes more prominent as you increase the rpm.

The more you drive such a car, the more likely the degree of damage from spun rod bearing will enhance.

Another significant spun-bearing symptom is the decrease in the oil pressure. It may occur instantly or can be the result of gradual events.

The oil pump is responsible for providing a high flow of fuel.

The pumps within the engine unit and the clearance between the rod bearing and crankshaft primarily limit the oil flow.

This resistance creates pressure on the oil. As a result, the required amount of oil reaches the engine compartments.

These spun-bearing symptoms lead to an increase in clearance. Consequently, the oil flow increases and pressure lower.

It is one of the most common spun-bearing symptoms. Drivers usually believe the engine is not igniting due to battery issues.

However, the spun bearing acts as a barrier between the engine components that need to move to run the car.

When the bearings are spun near the cylinder, they can be displaced. Sometimes they may move on top of each other.

If one of the rod bearings reaches above the other one, it can impact the movement of the piston.

If a piston sits on top of the cylinder, it does not produce the power required for the car’s functioning.

Therefore, the engine seizes, becoming one of the spun-bearing symptoms.

You can turn on the switch; however, the car will buzz as you move the key to the ignition.

Moreover, the bearings become stacked on each other. As a result, they may also start affecting the surrounding valves, which leads to a low knocking sound.

If the bearings retain the pressure on the piston, they can even cause mechanical damage to it.

If you consistently try to run the engine of such a car, you may exceed the force being applied to the piston.

Rod bearings are susceptible to damage, and over time excessive use without maintenance can accelerate this process.

If you notice your car knocking, thoroughly check the engine unit. You can easily remove the rod bearings and assess their condition to find out any signs of damage.

The state of the bearing is often self-explanatory, and you do not have to exert extra effort and gain knowledge to analyze them. 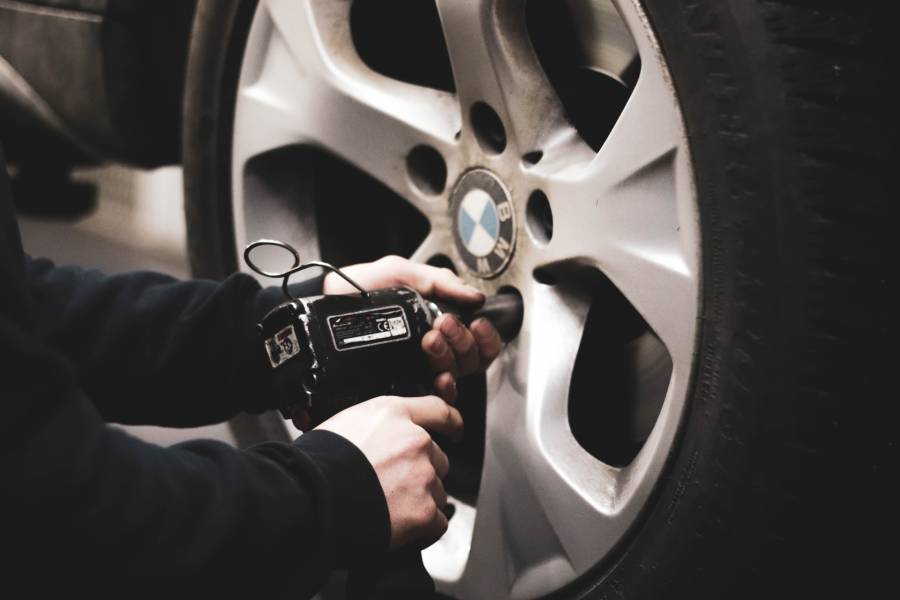 A spun rod bearing has a variable thickness, and the entire structure may have irregularities.

None of the spots have a similar width and have lumps on the specific points.

These bearings become exceedingly thin, and thickness can be around 1cm or even less.

These bearings also have plenty of scratches.

Comparing them with the standard bearing makes you realize that their optimal condition requires a plain surface with uniform thickness.

Moreover, the bearings are usually C-shaped, and when they become spun, they are more bent. You cannot use such bearings as they can impart damage to the engine.

The crankshaft failure can have cast multiple impacts on your car. These may include engine stalling and the appearance of the check engine light.

Moreover, the rod bearing ensures that the crankshaft and other moving parts in the engine remain protected.

However, when they become spun, they can themselves destroy the parts that they support.

The flexing of the crankshaft is one of the spun-bearing symptoms.

The damage to the rod bearing increases the clearance, which may cause the wearing out of the crankshaft.

In some cases, the structural integrity of the crankshaft becomes so compromised that it can even break.

The rattling of the bearings against each other and with the surrounding engine parts can cause severe damage. It compromises the structure and function of these parts.

In some cases, the broken rod bearings can have a massive impact on these regions.

Over time the movement of the spun bearing may cause the flakes to fall off from the metal.

Moreover, if the spun bearings remain in your engine for a long time, this process becomes faster.

Part of the reason is corrosion because it may start affecting these metals. As a result, these structures begin to fall apart.

These tiny particles will make their way into the oil, and you can instantly drain it to find these flakes.

If they are not microscopic and quite visible to the naked eye, it is one of the spun-bearing symptoms.

Some minor spun-bearing symptoms need to be dealt with in time. Drivers may confuse them with engine problems.

However, if you leave them unattended, they can damage the engine components. Therefore, if such signs appear, you should check for battery issues.

If it is working fine, these can be spun-bearing symptoms, and the following are some of them:

The spun bearing symptoms are usually specific to the particular region where the rod bearings are present.

Therefore, you must be aware of these sites to recognize the spun-bearing symptoms instantly.

The replacement costs of spun bearings are not high, but you can easily remove them to adjust the new ones.

However, if you keep using a car with defective rod bearings, it can damage the engine parts, such as the crankshaft.