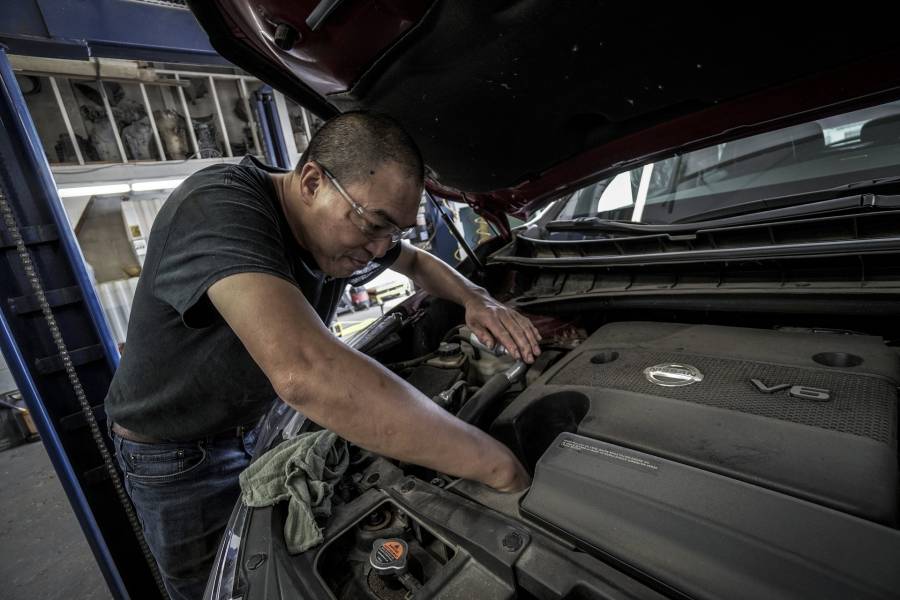 There are various reasons why your car can constantly smell like exhaust fumes. Some of them are so dangerous that immediate action is required.

You could have avoided some if you had taken proper care and maintenance.

Finding a solution becomes simple once you recognize the numerous reasons you constantly smell fumes in your car.

A Leak In The Exhaust System

The car exhaust system is crucial because it filters out harmful fumes that escape the engine.

Apart from the unpleasant smell, these fumes may make you sick over time. A hole in the muffler, tailpipe, or exhaust pipe will make the exhaust gas leak.

Rust or rot will be the most probable cause of holes in your muffler. An element within the exhaust system can also become disconnected.

You will hear a loud noise as the muffler is not dissipating the exhaust fumes and noise. Burning will occur, causing you to smell car exhaust fumes constantly.

If you want to locate the leak, look for some blackish holes. Some carbons articles that are accumulating around the leak are what causes the blackish look.

Driving on bad roads can cause your exhaust system to get rattled, causing holes. Your car’s exhaust system elements can be affected by rust and corrosion, leading to exhaust leaks.

When the rubber mounts on your car’s system hanger wear out, they may no longer hold the exhaust pipe in place.

Regular maintenance might assist you in detecting problems earlier before they become more serious. However, if the issue has already arisen, you’ll need to address the leak.

Sulfur is one of the exhaust gases that catalytic converter breaks down and neutralizes. When the converter is damaged, it can no longer convert.

When sulfur cannot be converted (typically has a rotten smell), it will cause you to constantly smell exhaust fumes.

A converter plugging in could be another reason for the constant smell of exhaust fumes from your car. Faulty spark plugs will cause fuel to soak into the car’s catalytic converter.

Severe damage will occur to the catalytic converter when this happens.

Worn-out spark plugs, improper air/fuel mixture, or wrong timing are some of the reasons your catalytic converter may fail.

The only solution for a faulty catalytic converter is to replace it.

Problem With The Heater Core

A heater core uses the heat generated by the coolant to warm the vehicle’s interior. It operates by diverting coolant from the rest of the cooling system in the car.

Anything that obstructs coolant passage through the core can cause the core to fail in keeping the cabin warm. It could be an external leak or an internal obstruction.

A heater core wears down and leaks over time in some circumstances. If you smell burnt and “sweet” exhaust fumes, it’s most likely burnt antifreeze. 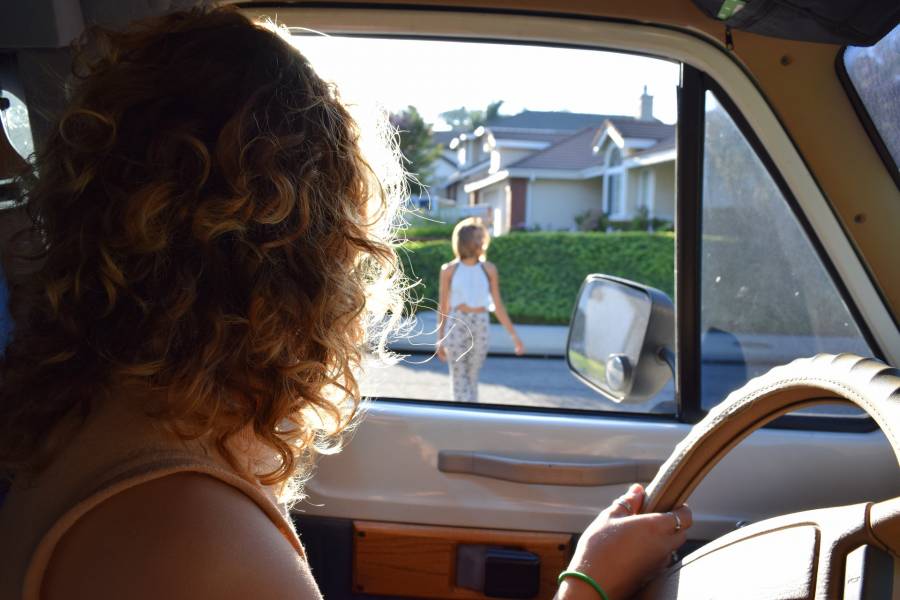 An issue with the heater core will have you constantly smelling car exhaust fumes.

However, a heater core becoming faulty can sometimes be due to a lack of maintenance. A pipe to the heater core can leak, or the heater itself can crack.

It’s also possible that the seals on your heater core are broken.

Other symptoms of a faulty core are an overheated engine, your car fogging up inside, or no heat inside your vehicle.

Repairing your heated core is much easier than replacing it. Seal the leak as it’s probably a small one.

If the issue is not a leaking heater core but a damaged part, identify, replace or repair the damaged part.

Burning Oil In The Engine

It may be tough to detect car oil leaks when they happen. Unfortunately, they can develop into significant leaks over time if not properly managed.

Most leaks will occur high in the engine, making the oil drip slowly. Your car will constantly smell car exhaust fumes once the hot oil contacts an element in the exhaust pipe.

Immediately you notice an oil leak, know that your engine is beginning to wear out. You may have to replace the seals and gaskets.

When you constantly smell car exhaust fumes, it’s an early warning that significant engine work is on the way.

The most common cause of burning oil is piston rings that have worn out or jammed.

The piston rings establish a seal against the cylinder wall to prevent oil from leaking through and burning. The piston rings must move fast in their grooves to form a good seal.

Accurate and level ring grooves which have not widened will prevent your oil from burning.

Your car’s piston ring should be cleaned regularly, and replace the worn-out seals and gaskets. You might also consider an engine upgrade.

A damaged fuel injector may cause you to smell car exhaust fumes constantly. Clogging or any other problem may cause the wrong amount of fuel to go to your engine.

When a fuel filter is not working well, it results in a clogged fuel injector.

The exhaust may smell like gas at times. Smelling gas is usually due to an air/fuel combination issue.

Your fuel injector may be putting too much gas into the engine, and not all of it is burning. It’s also possible that you’re not using the correct fuel for your car.

As a result, the engine and exhaust get damaged, causing you to smell car exhaust fumes constantly.

If rust occurs anywhere in the gas supply, it causes your fuel injector not to function. The fuel injector’s valves won’t open properly with a defective winding.

You may even have a faulty spring which will also cause oil to leak. Valves not opening correctly is another reason you constantly smell car exhaust fumes.

You don’t have to worry when your car emits a constant smell of exhaust fumes. At least from the article, you can know where the problem lies.

If you’re constantly smelling car exhaust fumes, see if the issue is a heated core, fuel injector, or catalytic convertor. If not, confirm if there is burning oil in the engine or a leak in the exhaust.

You’ll be in a better position to identify a solution once you know the particular reasons. Fortunately, most of the reasons won’t cost you much if you catch them early enough.

Delay in resolving the issue could result in additional losses.