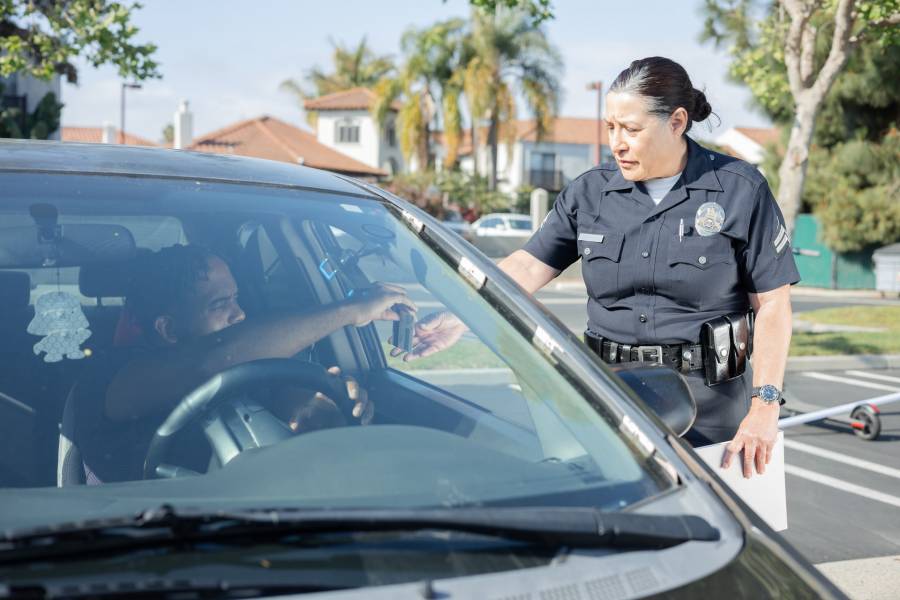 Nobody enjoys seeing flashing red and blue lights behind them. If you’ve ever been pulled over, you may have noticed the officer touching the back of your car.

It is a common police practice, but why is that?

During traffic stops, police officers frequently ask for a driver’s license and registration. Another practice that is now strange is that police will occasionally touch a car’s taillight while approaching a driver’s window.

It’s a long-standing habit, but there’s no need to be concerned if it happens at your next traffic stop.

Why Do Police Officers Touch Your Car When They Stop You?

There are various reasons why police officers in the United States touch a vehicle’s taillight when pulling a driver over. Officers must follow several procedures when conducting a traffic stop.

It is not only for the safety of the violator but also for the officer’s safety. One of those things proves that the police officer was in the car by touching its back.

The officer’s fingerprints are left on the vehicle’s back, indicating that they were present.

The following are why police officers touch the front/back of the car when they stop you.

To Leave Behind Evidence Of The Check

Before most police cars had cameras on the dashboard, officers could leave evidence of an encounter tapping the taillight.

If the officer were injured during the traffic stop, his fingerprints would be left on the vehicle. Even if there is no video evidence of a crime, it will help other officers locate a missing officer.

It shows that that officer was with that car, so they touch the back when officers approach a vehicle. Touching the car’s back puts the officer’s fingerprints on that car, proving that they were there with it.

It ties the car and the officer if the driver decides to flee or something happens to that officer.

Tapping The Taillight To Startle The Driver

When officers pull people over, they may encounter dangerous situations. Some drivers may have illegal substances or prohibited items in their vehicles, such as guns, ammunition, or drugs.

If the driver has anything illegal in the car, they will hide it before the officer approaches the window.

As a result, one of the reasons police touch taillights is to startle whoever is inside. The driver is likely unprepared for the tap, which causes them to come to a halt.

It gives the police officer more time to observe what the driver is attempting to conceal.

The action began as a way for officers to frighten motorists before approaching their windows. Before the officer arrives, a pulled-over motorist with a car full of illegal drugs or weapons hides any incriminating materials.

Hearing a knock on their taillight may cause this process to be disrupted, increasing their chances of being caught.

To Ensure That The Trunk Is Securely Closed

A police officer may touch the back of your car if they believe they are in a dangerous situation. The police officer does this frequently to make sure the trunk is locked on its way to your window.

It’s easier to make sure the trunk is closed by touching the boot. This strategy ensures that no one is hiding in the trunk and could emerge at any time to shoot a police officer.

You’ll want to double-check that no one is about to jump out of the trunk and securely lock it. It may sound a little crazy.

It is one of many things that happen during traffic stops to ensure everyone’s safety. It is not only for the fingerprint but also to ensure the back is closed.

What Are The Risks Involved?

The risks of this strategy are currently believed to outweigh the benefits. Police officers frequently stop drivers during traffic.

The police officers often touch the tail light of a car they stop the drivers. If the officer is injured, their interaction with the driver is traced to the fingerprints left on the vehicle. 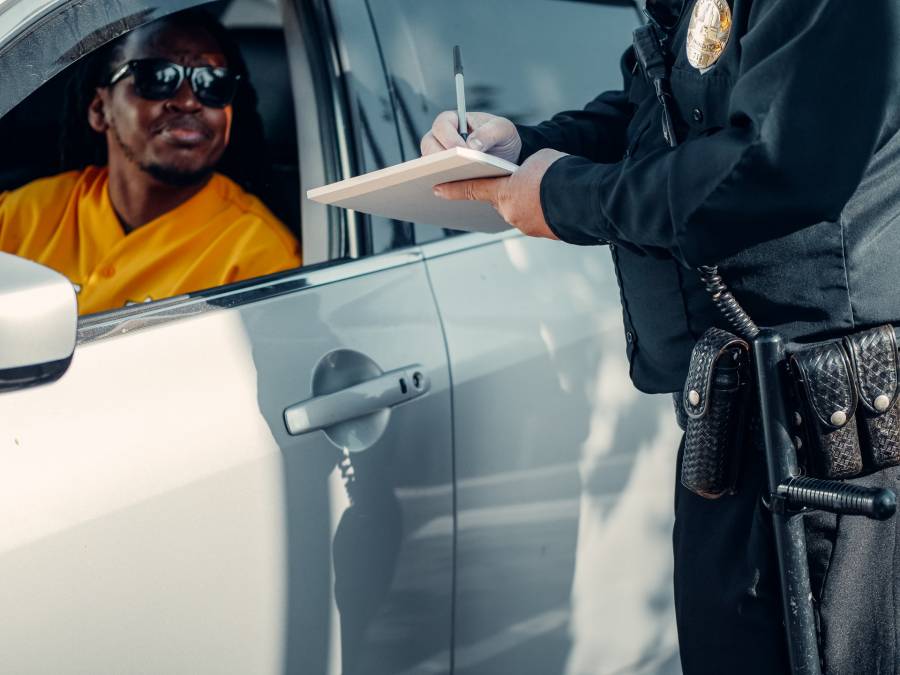 Today, touching a car’s tail light is a waste of time for police officers. It can also reveal their location, exposing them to criminal activity.

And, with most police vehicles now equipped with dashcams, fingerprinting each incident isn’t as necessary as it once was. Some police departments have begun to discourage tail light tapping for these reasons.

If you see it at your next traffic stop, it doesn’t mean the officer is suspicious of you. It simply means you have a difficult habit to break.

The Procedure Of The Police: What Do Police Do When They Stop You?

Before speaking with the driver, police officers touch the backs of the cars pulled over.

The police officers will frequently ask for a driver’s license and registration during a routine traffic stop. Also, an officer touching the back of your tail light is a common occurrence that many drivers don’t know.

Touching the back of your tail light by a police officer is a typical police action. It appears to be a standard policing procedure.

This procedure could help protect both the passengers and the police officer from harm. The police officer’s fingerprints are on the car if anything happens to them during the stop.

The police officers’ fingerprints are left on the vehicle’s back, indicating that they were present.

Today’s police officers have access to a variety of tools and technology. Each cruiser has a dash camera that records the entire traffic stop.

They also have body cameras that record their actions during a traffic stop. These videos help prove to a jury that the officer approached the car.

This video will usually deter suspects from lying about whether or not the officer approached the car.

However, some officers will still touch the taillight or another vehicle part. It’s partly habitual.

Many long-time school officers find it difficult to give up touching for authentication. Some officers now use a light tap to frighten or spook passengers.

It allows the drivers to hear a fixture on the back of their vehicle. They may have to stop hiding drugs or putting weapons on their seat belt.

As a result, the car driver will have difficulty destroying evidence, making the police officer’s job easier.

You can be confident that this is not the case.

Instead, the police officers check to see if you plan a murderous surprise in your trunk. They want their fingerprints on your car if you try to claim they never stopped you in the first place.

Perhaps you now know that you should thoroughly clean your car’s back if you flee the traffic stop scene.