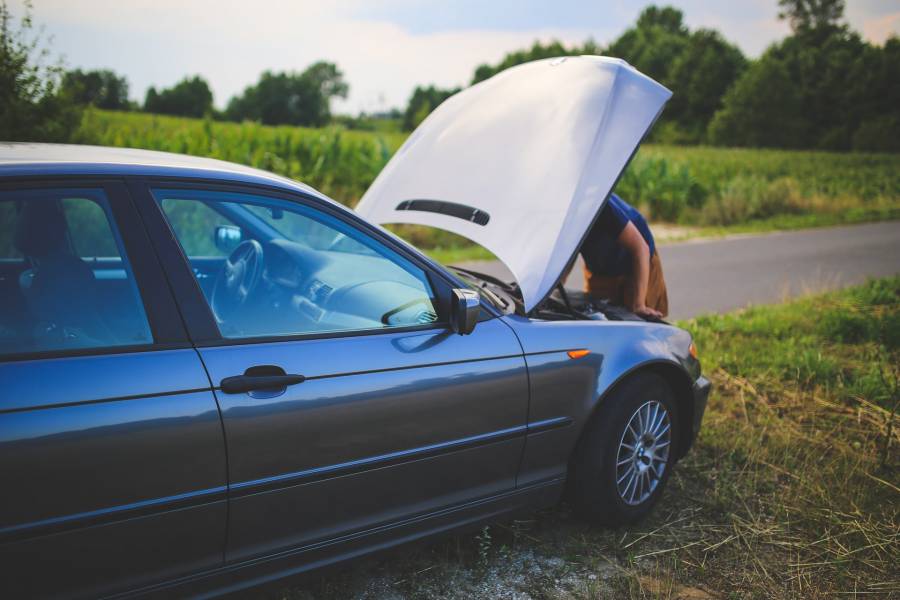 Kickstarting your day with a spoilt car is one of the worst experiences you can handle.

Unfortunately, some car owners have to deal with this situation regularly, which is not always a good experience.

As bad as it sounds, your car’s failure to start in the morning will give you a chance to explore it better and learn a thing or two.

The problem, however, can be quickly resolved, and you will not need a mechanic, especially if your car fails to start in the morning but starts perfectly in the afternoon.

In this article, you will find detailed information on why your car won’t start in the morning but will in the afternoon and their solutions.

Batteries are an essential aspect of every car. They supply electric energy that travels through the starting system.

However, problems with the battery can cause failure to start in some instances; it is more rampant in the morning than in the afternoon.

These Problems will have symptoms like a sluggish engine. Batteries generate less current on chilly mornings as the chemical reaction is much slower.

On the contrary, in the afternoon, the chemical reaction is faster when it’s much hotter.

If you are facing this problem, you need to find out whether you need a new battery or if it is just some underlying issue that can be corrected quickly.

Thickening Of The Engine Oil

When it’s freezing or very cold, the engine oil tends to get thicker. This oil thickening can also result from failure to do an oil change.

When liquid is in condensed form, it does not flow efficiently. As a result, less fuel gets into the fuel line and engine when starting, and the engine blocks.

At the same time, the battery is also generating less current due to the cold weather. However, this case is rare in the afternoon and could only occur if it’s also freezing.

Water Droplets In The Fuel Lines

Diesel-powered vehicles are more likely to have trouble starting in the morning than other vehicles. On freezing mornings, diesel turns into a gel-like substance.

This substance takes more time to deliver power to the engine.

Older vehicles are more likely to have more mechanical problems than their counterparts and are more prone to failure to start in the morning and not in the afternoon.

Older vehicles with carburetors will have more problems, especially in the morning.

The small nozzle on the carburetors is easily clogged, preventing moisture evaporation.

When the engine does not have enough fuel pressure held up through the night, it might have problems starting in the morning compared to the afternoon.

The reduced fuel pressure is mainly a result of a bad fuel pump. Do you know that your car consumes 40 percent more fuel when it’s cold?

So, you need a higher amount of fuel in the cold season. It would be best to leave the tank full or half full.

On freezing mornings, some oil will condense, leaving a lower low fuel level.

Therefore, you will find that your car will start ideally in the afternoon and fail to start in the morning.

As we have seen earlier, the battery performance is not as good on freezing mornings.

Therefore, when the Solenoid is also failing, the problems escalate further, hence difficulty starting in the morning, but in some instances, it will start in the afternoon. 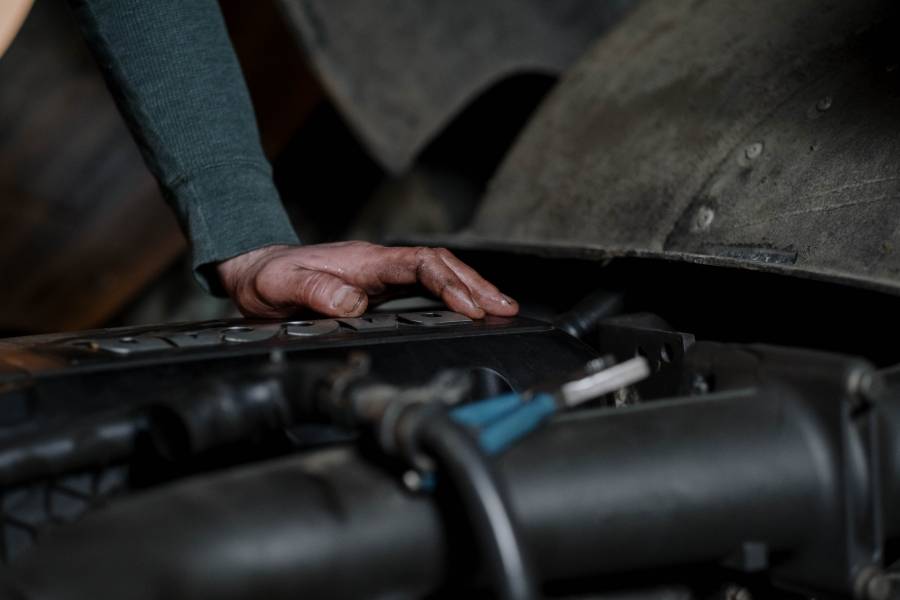 What Can You Do To Fix The Issue?

Proper Maintenance Of The Batteries

In the mornings, cars will mostly react due to low temperatures compared to afternoons when it’s warmer. Batteries work best at around 19 to 32 degrees Celsius.

When the temperatures are low, the functioning of the battery is reduced. To fix the issues, make it a habit of having routine checks at least once a month.

Also, make sure the cables are free from corrosion. If there is any corrosion, clean them thoroughly with a water mixture and baking soda using a toothbrush.

When cleaning them, disconnect the cables carefully, start with the negative, and carefully replace them.

If there is no corrosion, check if the cables are adequately tightened. Loosely attached cables will prevent proper power flow from the battery.

This way, you will avoid the problem of your car not starting in the morning, but it starts perfectly in the afternoon.

Changing the oil filter would be best to avoid thickening the engine oil. The oil filter collects a lot of dirt and dust that will be transmitted to the oil.

Alternatively, you can change to a lighter oil during the winter or freezing season.

You will note responsive changes after changing into a lighter oil, and failure to start in the morning will be a thing of the past.

Sometimes, the failure of your car to start in the morning but starts in the afternoon may be a sign of a poorly serviced car.

Having the car checked regularly and its accessories changed. When servicing the car, you can quickly identify the malfunctioning accessories before too late.

Turn All Accessories Off

After every ride, make sure you turn off everything. Anything that could use your battery’s power, like the radio, headlights, and heaters, should be off.

With every accessory turned off, your battery’s power will be saved up; hence, you’ll have a better chance of it starting without any problems in the morning.

Then, after starting the car in the morning, give it time to run before turning any accessories on.

Dip Your Clutch As You Turn The Ignition On

Dipping your clutch a little while turning the ignition on early in the morning gives your battery less work.

It also helps your vehicle start quickly, even in freezing weather.

If all the above measures don’t work out for you, you can try jump-starting your vehicle. It will take 20 to 40 minutes, and anyone with the proper guidance can do it.

You only need the right equipment, set your cars in position, hook up the jumper cables, and start the car with a live battery.

If the problem persists after this, you probably need to charge your battery.

Alternatively, you can contact the breakdown services to help you out and find out the root cause of your car’s failure to start in the morning but will start in the afternoon.

A car’s failure to start in the morning but starts in the afternoon is among the many problems car owners have to deal with.

However, this should not be a problem if you have your car checked, serviced, and well maintained.

In most cases, the cold weather in the morning brings about ignition problems.

Unless your car has some underlying mechanical issues, failure to start in the morning can be solved quickly.

With the above guidelines, you do not have to worry about a missed appointment or late arrival.

You only need to quickly counter-check your vehicle, correct the mistake, and carry on the day.