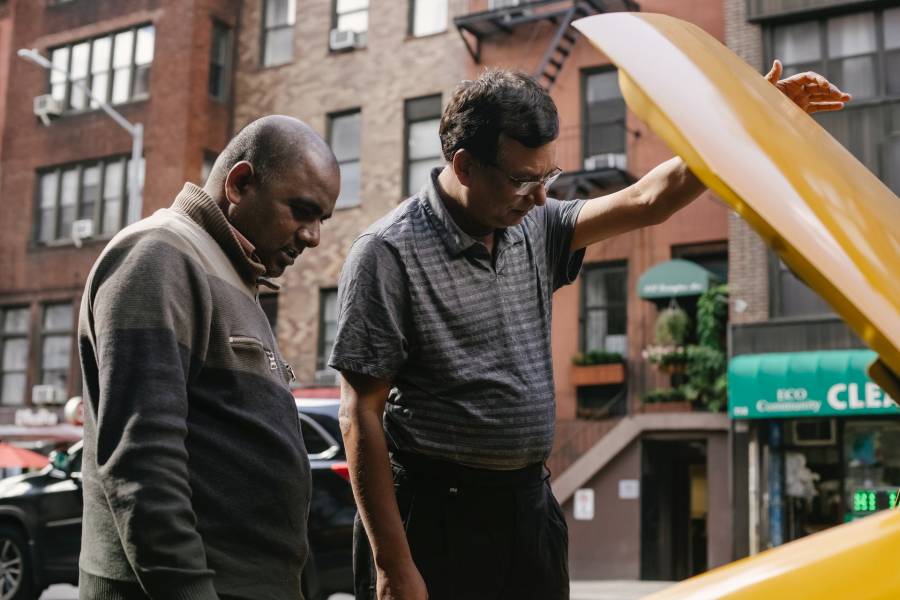 When you notice steam coming from the front of the engine bay, it is likely to be boiling coolant, which is never a good sign.

As the coolant heats up due to the engine’s increasing temperature, you’ll hear a gurgling sound or a hissing noise, probably from a loose gate valve directing the coolant to the engine or the radiator.

Most coolants have a boiling pint of around 130°C. When adding a new coolant, mixing it with water at a 50/50 ratio helps cool the coolant even when the engine is at a high temperature.

Coolants that don’t require you to mix with water have a freezing agent that helps keep the coolant cooler.

Don’t pour water on your radiator or the engine.

It should be the last thing on your mind, as cold water will cause the radiator or the engine block to crack due to a sudden temperature change.

Do not attempt to remove the radiator cap as pressure built in the radiator will force the coolant, splashing on you, leading to burns!

The best thing you should do is crank up your AC to draw heat away from the engine bay and open your hood without touching any component in the engine bay.

Several reasons will lead to your coolant boiling and steaming when driving.

Causes Of Coolant Boiling After Car Turned Off

The thermostat is responsible for opening and closing the valve, allowing coolant in and out of the engine.

If the thermostat is loosely installed or faulty, the valves will not open; thus, the coolant in the engine will overheat as the engine overheats.

As the coolant boils, you will hear a gurgling sound after you park your car, and pressure due to the hot coolant will force the coolant out of a worn-out coolant hosing or a worn-out valve.

There are several reasons why your thermostat could be faulty. Old age, wrong installation, or a factory defect are common causes of a defective thermostat.

Replacing the thermostat will quickly solve this.

2. Air In The Cooling System

Due to the reduced boiling point, the coolant will boil even when the engine is at optimum operating temperature. Air will get in from the radiator, cap, or head gasket.

If there are air bubbles in the radiator, drain the coolant and refill it while your car is parked at a flat spot.

Failure to tightly close the radiator cap will lead to air leaking in the radiator. These air bubbles will get absorbed by the coolant.

When coolant gets into the cylinders, the engine heats up quickly, thus heating the coolant, which already has a lower boiling point due to the presence of air.

When the coolant level is low, it is insufficient to cool the engine as it heats up. The circulation will also be slower than usual, so the engine heats up quicker than expected.

There’s also some air in the engine which expands as the engine heats up, thus lowering the coolant’s boiling point.

Ensure that you fill the cooling system with the correct amount of coolant recommended in the owner’s manual and let it circulate, then add more before driving your car.

Old age, sludge deposits, and holes in the radiator are some factors that lead to the degradation of the radiator.

Suppose the radiator is not in good working condition. In that case, the coolant will remain warm and heat up slowly while still passing through the radiator.

You can fix some issues with the radiator. At the same time, you have to replace it if it has some severe problems such as holes and cracks which cause coolant leaks or allow air to get in the coolant. 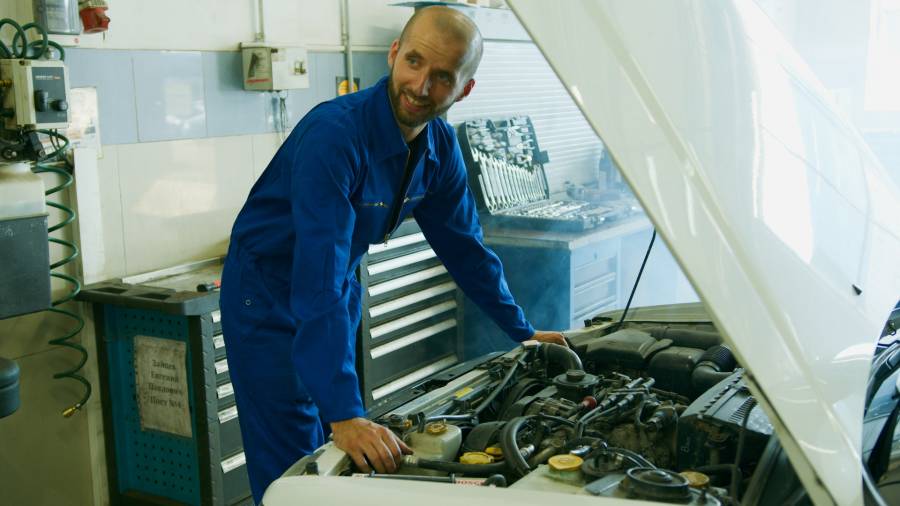 The cooling fan is responsible for cooling the radiator as it cools before circulating back into the engine.

If the fan is installed incorrectly, it will blow cold air in the wrong direction; thus, coolant will circulate back into the engine while still hot.

Coolant will boil quicker as the engine overheats due to inefficient heating, especially if it has been in your car’s cooling system for a while.

The temperature sensor monitors the engines’ temperatures. It communicates with the thermostat, which opens the valve to the radiator and the engine, thus circulating coolant in the engine.

The thermostat will not open the valves when the temperature sensor is installed wrongly facing the radiator.

If the thermostat is faulty, it cannot take temperature readings of the engine, thus leading to thermostat failure.

In both cases, coolant will remain in the engine and will overheat as the engine overheats. If there are no readings on the temperature gauge even at idle, you need to turn your engine off.

Reinstall the thermostat correctly or replace it if it’s faulty since you can fix a broken thermostat.

Coolant has an indefinite shelf life, especially with an antifreeze agent. But this does not mean that it can’t get contaminated.

It is recommended that you store coolant in its original container even after opening it and keep the cap closed at all times.

If you store the coolant, for example, in an engine oil or brake fluid container, you have already contaminated it, and it will boil even when your car is idling.

If the coolant is contaminated, flush the cooling system with a cleaning agent with a degreaser before adding in a new coolant.

The coolant pump, also known as the water pump, circulates the cooling system’s coolant. Coolant will stagnate in the engine and radiator if it’s not working.

It will boil as the engine overheats due to inefficient cooling. Sometimes you’ll find even the coolant in the hoses and the radiator boiling.

If the coolant pump is not getting enough power from the battery, you’ll hear a bubbling noise. It is because it struggles to pump coolant.

You need to check the coolant pump’s wiring or get it replaced if it cannot be fixed. If the electricals check out to be in good working condition, check the fuse.

Fuse blows are a common fault in all electronics in your car. Locating the coolant pump’s fuse is easy if you follow its wiring system.

Disconnect the battery’s negative terminal to avoid electrocuting when replacing the fuse or electrical wires.

If it has a high reading, the coolant is not serving its purpose. It’s also heating up as the engine overheats.

Boiling coolant degrades vital components of the cooling system such as the thermostat, temperature sensor, and coolant pipes leading to more expensive damages.

You recommend adding in a new coolant after the old coolant has boiled. Ensure you flush the cooling system before doing so.