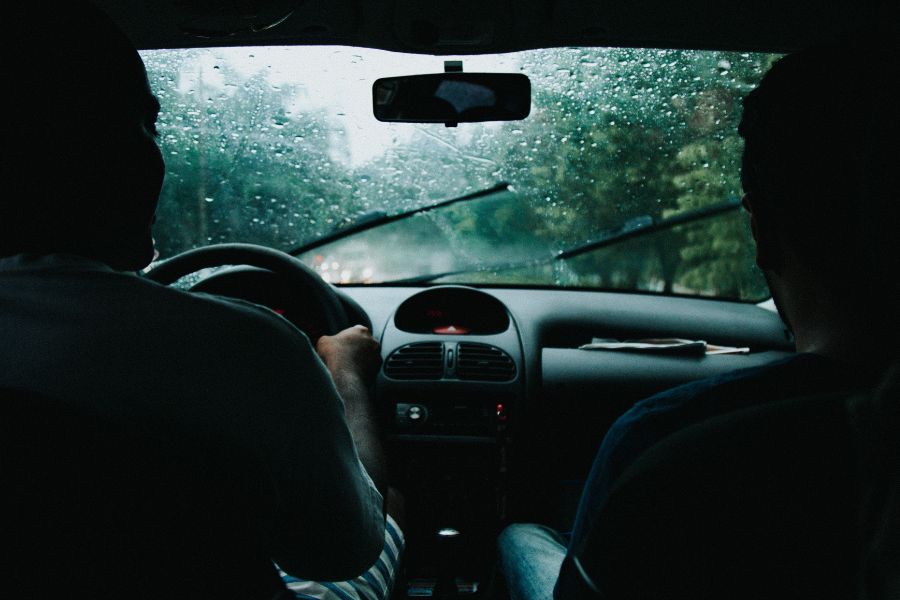 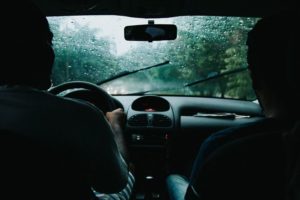 However, it can be frustrating and dangerous if your car’s wiper fluid does not spray. If the car wiper fluid doesn’t spray, you might not see clearly as you drive, which is bad.

Many things could be preventing your car wiper fluid from spraying. This post will discuss the most prevalent causes and how to fix them.

The most common causes that hinder the normal operation of a car wiper fluid are clogged spray nozzles, a blown fuse, or a leaking hose. Other causes may include frozen fluid or a faulty electrical system.

Most of the time, a car’s wiper fluid won’t spray because the nozzles are clogged. The nozzles are near the bottom of the windshield, which is a common place to find dust, dirt, or pollen.

The pollutants are then picked up by the rainwater that runs off and gets caught in the nozzles, slowly clogging them up. You need to clean the nozzle to solve this problem.

The pump in the car’s wiper fluid system requires power to operate. When a fuse blows, the pump stops working because the circuit is broken.

To find the pump’s fuse, check your owner’s manual or the lid of the fuse box. To check if the fuse is blown, take it out of the car’s fuse box with a puller.

Then, place it against the test light. If the metal strip is split down the middle, the fuse is blown.

You have to replace the fuse with a new one that has the same number of amps and color.

If the pump works fine, but the wiper fluid doesn’t spray, check the hoses. If the hose is broken, loose, or leaking, they need to be changed.

You don’t have to remove the engine compartment to check if the hose is faulty. All you need to do is, park your car on dry pavement and turn on the wiper fluid for a short time.

Look from under the front of your car. If you see a puddle, you have a leak. If you don’t see a puddle, the problem is somewhere else.

If your wiper fluid doesn’t spray when it’s cold, it may have frozen. At 32°F, water freezes, and the wiper fluid is a water-based solvent.

Nevertheless, some fluids can stay liquid at temperatures as low as -20°F. Still, if the weather has frozen your windshield wiper fluid, you may need to warm up the car.

Fault in the Electrical System

The wiper fluid might not spray because the car is not giving power to the wiper pump.

It is best to have a professional check the car’s electrical system to see if it is the reason why the wiper pump isn’t working.

How to Fix a Car Wiper Fluid That Won’t Spray

Now that you are familiar with common reasons your car wiper fluid won’t spray, it is essential to know how to fix the problem.

You can fix a car wiper fluid that won’t spray by clearing the clogged nozzle. Replacing a blown fuse or replacing a leaking hose is another way to fix this problem.

Here is a simple step to fix a car wiper fluid that won’t spray.

Step 1: Figure Out the Problem

Before trying to solve a problem, it is best to find out what caused it. From the most common causes mentioned above, use it in figuring out the problems.

You can start by finding the button that turns on the pump, pushing it, and listening for a noise. If you don’t hear anything, the electricity may be the problem.

Aside from that, check to see if any fluid is left in the reservoir. Open the car’s hood and shine your test light inside to see if there is anything.

Check for a broken hose if neither of those seems to be the problem. Check the nozzle for leaks or cracks if it is connected to a small hose. 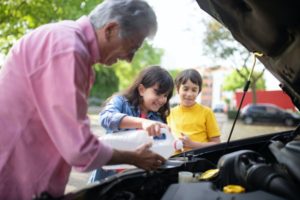 Get the right wiper water fluid from the store to fill the tanks. You can buy these wiper fluids from several places, both online and offline.

Open the hood of your car and turn the cap counterclockwise to take it off. Please remember that the tank is in a different place on each vehicle.

So, check the owner’s manual to see where yours might be. Pour the fluid into the tank until the fill line is reached. You can use a funnel if you don’t want the liquid to get all over the place.

During the cold season, it is best to buy fluids that can handle low temperatures. This can help you keep the car wiper fluid from freezing in cold weather.

When you’re done filling the tank, put a lid on it, and don’t leave it open because that could cause fluid to leak.

As said earlier, a clogged nozzle could make the pump stop working. So, using a safety pin to flush it out might be a good idea.

Make sure to pull the dirt out of the nozzle as much as possible to “free” it. You can also take the hose off and drain the tank to clean the nozzle.

Fill the tank with clean water and wash out any dirt that might be in there. Then, take the hoses off the nozzles.

Blow them with compressed air to get rid of any debris that is blocking the flow of fluid.

Next, you should check the hose. If it is leaking, you need to replace it. The hose connects the pump and the nozzles.

Start by pulling the hose straight off the pump while being careful. Then, take off the clips that hold the hood insulator near the wiper washer nozzles.

This can be done with a screwdriver with a flat head. To get the tube out of the nozzles, pull the insulator back.

Then you can take the whole old hose off and throw it away. Put the new hose in the same place as the old one.

The fuse that controls the pump that cleans the wiper is under the car’s hood. If the wiper fluid doesn’t spray, the fuse can be checked.

Set a multimeter below 1 ohm and check the reading. This is how you can tell if the washer pump fuse has “blown.”

You can also take the wire connector off the pump and shine your test light on the back of the fuse.

Changing the pump is needed if the test light comes on. You can do this quickly with the help of a professional mechanic.

Please remember that you can move the nozzle to ensure that the fluids spray evenly across the glass.

Many factors can cause your car’s wiper fluid to fail. For safe driving, the wiper fluid pump helps maintain the glass clean.

With wiper fluid, you may remove debris, grit, and ice from your car’s windscreen to increase visibility.

If your wiper fluid doesn’t spray, you should investigate the source of the problem with the causes listed on this page.

Once you’ve determined the root cause, you can select a solution from this page to fix it.